Cyclist Ashleigh Moolman-Pasio recovered from a crash on Wednesday to finish 12th in the women's time trial at the Rio Olympics. 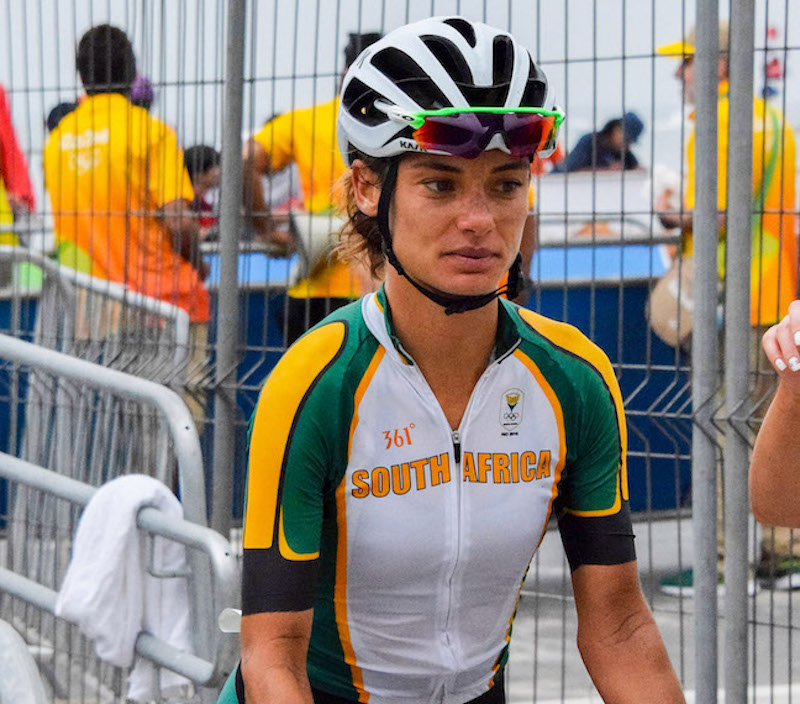 Riding in wet conditions, Ashleigh Moolman-Pasio slipped out on a technical descent but got back on her bike and soldiered on to end 12th overall, covering the 29.8km course in 46:29.11 as she crossed the line more than two minutes off the pace set by gold medallist Kristin Armstrong of the United States.

“It’s not the result I was looking for but I hope I made my country proud, and I’m just grateful for all the support back home,” said Moolman-Pasio, who had finished 10th in the road race on Sunday.

Elsewhere on day five of the multi-sport showpiece, the Blitzboks lost 12-5 to Australia in their final pool match of the rugby sevens competition, though they had already booked their place in the quarter-finals, scheduled to be held later in the evening.

The Blitzboks go down 12-5 to Australia in their last pool match, but they are already through to this evening's quarter-finals #Rio2016 #WB

Zack Piontek, who entered the judo competition with a fractured bone in his hand, went down to Brazilian opponent Tiago Camilo in the opening round of the U-90kg division and he was eliminated.

“I’ve worked my whole life for this and I gave my best, but it was not good enough today.”

The rowing regatta was again called off for the day, for the second time at the multi-sport spectacle, due to safety concerns caused by strong winds at Lagoa Stadium.

The men’s pair of Shaun Keeling and Lawrence Brittain would have to wait at least one more day before competing in the A final.

The nation’s four other crews – the women’s pair, men’s four, and men’s and women’s lightweight double sculls – were also sidelined for at least another 24 hours ahead of their respective semifinals.

This is why the rowing was called off. View of mountains behind Olympic Park. Miserable weather today #Rio2016 #WB pic.twitter.com/j4krdy7qPu

Sailors Asenathi Jim and Roger Hudson finished 18th in the first race of the men’s 470 class, and returned to end 24th of 26 boats in the second contest.

Sailors Asenathi Jim and Roger Hudson finished 18th and 24th in the first two races of the men's 470 class. Battling out there #Rio2016 #WB