No luck for Jobodwana in comeback race

Competing in his first race in 11 months, Anaso Jobodwana's late start to the season ended as fast as it began as he was eliminated in the Olympic 200m heats on Tuesday. 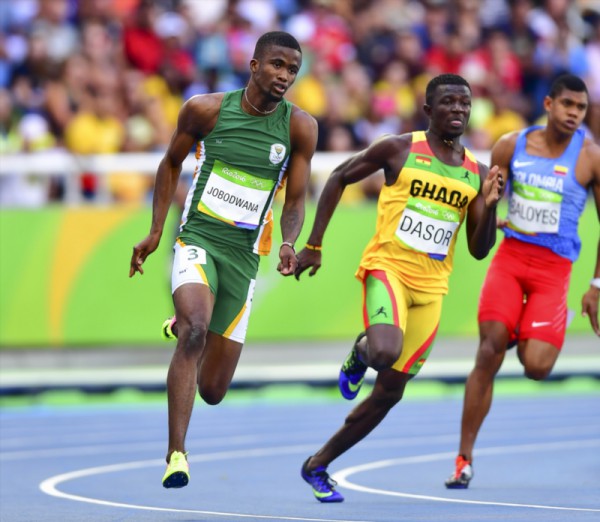 Anaso Jobodwana of South Africa runs the bend in the heats of the mens 200m during the morning session on Day 11 Athletics of the 2016 Rio Olympics at Olympic Stadium on August 16, 2016 in Rio de Janeiro, Brazil. (Photo by Roger Sedres/Gallo Images)

Despite being sidelined while recovering from a pelvic injury, the World Championships bronze medallist said before the event he felt ready to give it a go after clocking some of the fastest times of his career in training.

He finished fourth in his first-round 200m heat in 20.53 seconds, however, and the US-based sprinter was knocked out ahead of the semifinals.

“This opportunity comes only once every four years, and though I was optimistic I’d be able to make the final, I shouldn’t have been that optimistic,” he admitted after the race.

“In training I felt good, but I think maybe I tricked myself too much.”

He was unsure whether he would compete again on the international circuit this year, though he said it was unlikely. But he was eager to bounce back in 2017.

“It was just a horrible race, but I’ll make up for it. I can take something away from this, and I’ll go back to the drawing board and come back stronger next season.”

Teenage speedster Gift Leotlela, who finished fourth in his heat in 20.59, and Clarence Munyai, third in his race in 20.66, were also eliminated in the first round.

In other events in the early session on day 11 of the Games, long-distance swimmer Chad Ho finished 10th in the men’s 10km open water marathon.

Drifting off the back of a large chase group, Ho was lying 20th at the halfway mark, but after surging through the field in the closing stages he finished in 1:53:04.8, five seconds off the pace of Dutch winner Ferry Weertman and less than three seconds outside a podium place.

She was set to compete again in the 500m heats on Wednesday, the event in which she earned a bronze medal at the 2012 London Games.