No luck for Team SA in late session

South Africa experienced one of their most disappointing sessions at the Rio Olympics late on Wednesday, with athletes in three codes battling to put up a fight in their specialist events. 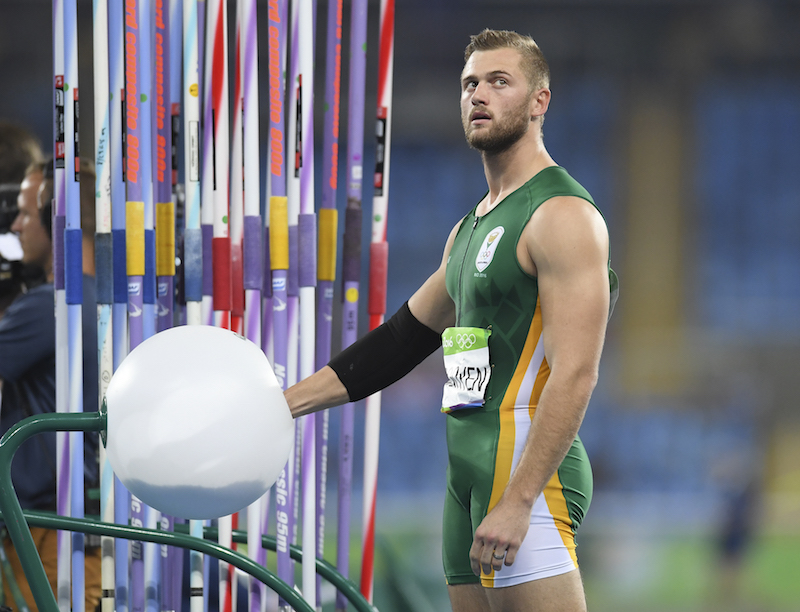 RIO DE JANEIRO, BRAZIL - AUGUST 17: Rocco van Rooyen of South Africa in the qualification round in the mens javelin during the evening session on Day 12 Athletics of the 2016 Rio Olympics at Olympic Stadium on August 17, 2016 in Rio de Janeiro, Brazil. (Photo by Roger Sedres/Gallo Images)

Javelin thrower Rocco van Rooyen, below par this year after making a comeback from injury, was unable to launch his spear beyond 78.48m as he ended 13th in his qualifying group and missed out on a place in the final.

Decathlete Willem Coertzen, apparently also struggling with injuries, withdrew after three events in the decathlon after settling in 26th position in the early stages of the gruelling two-day contest.

In the first round of the women’s golf tournament, Paula Reto was lying in a tie for 44th place, at three over, and Ashleigh Simon was in a tie for 48th, one shot further off the pace.

Cyclist Kyle Dodd trailed home in the opening round of the men’s BMX competition, finishing 26th in the seeding run as he was eliminated ahead of the quarter-finals.

The SA team’s medal haul remained locked at a total of seven, with one gold, five silver and one bronze after 12 days of competition at the multi-sport showpiece.