Golfer Paula Reto produced one of the most spectacular comebacks for Team SA at the Rio Olympics on Friday. 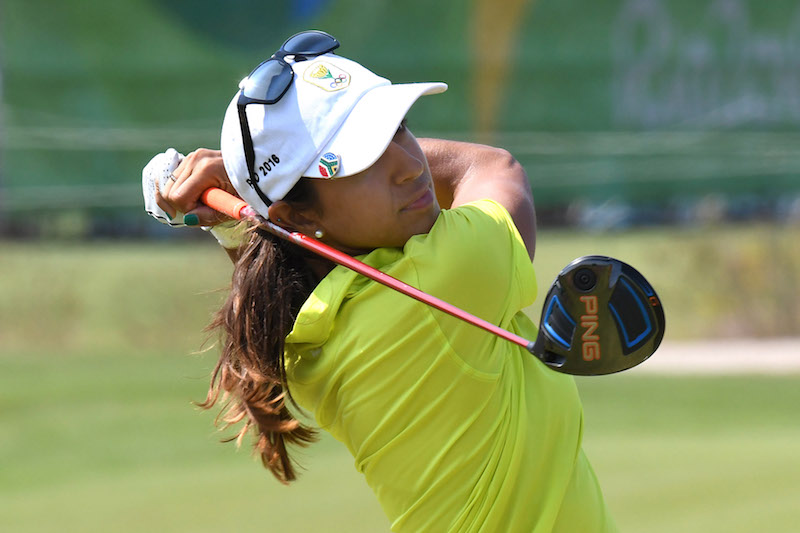 RIO DE JANEIRO, BRAZIL - AUGUST 18: Paula Reto of South Africa during the second round of the Ladies Golf Tournament on Day 13 of the 2016 Rio Olympics at the Olympic Golf Course on August 18, 2016 in Rio de Janeiro, Brazil. (Photo by Wessel Oosthuizen/Gallo Images)

She charged through the field on Friday to settle in a tie for eighth place in the women’s golf tournament with one round to play.

Reto, who was lying 32nd overnight, was sitting at four under par, just five shots off the bronze medal position after three rounds.

Meanwhile, race walkers Marc Mundell and Anel Oosthuizen struggled to keep pace on an otherwise quiet day for the national squad at the multi-sport showpiece.

Battling in tough conditions, Mundell was lying 62nd at the halfway mark in the men’s 50km walk.

Gritting his teeth, he pulled back nearly half the field to cross the line in 4:11:03, eventually settling for 38th position overall.

Later, Anel Oosthuizen was also well off the pace in the women’s 20km walk, and she finished 63rd in 1:45:06 to end in last place.

The SA team were set to close out their campaign over the weekend, with a few more athletes in action, as they went in search of one more medal to reach the 10-medal target put in place by the SA Sports Confederation and Olympic Committee.

Perhaps boosted by Henri Schoeman’s surprise bronze medal on Thursday, which had been backed up by Richard Murray’s fourth-place finish, Mari Rabie and Gillian Sanders had new motivation ahead of the women’s triathlon contest on Saturday.

Caster Semenya was due to line up as the firm favourite for gold in the women’s 800m final and Elroy Gelant was scheduled to toe the line in the men’s 5 000m medal contest in the early hours of Sunday morning (SA time).

In the men’s marathon race later on Sunday, Lusapho April was ready to line up with compatriots Lungile Gongqa and Sibusiso Nzima, while cyclists James Reid and Alan Hatherly were to be the last SA athletes in action in the men’s mountain bike race.