Rabie holds on to finish 11th

Mari Rabie was delighted with her performance on Saturday, despite missing out on a top-10 finish after leading off the bike in the women's triathlon race at the Rio Olympics. 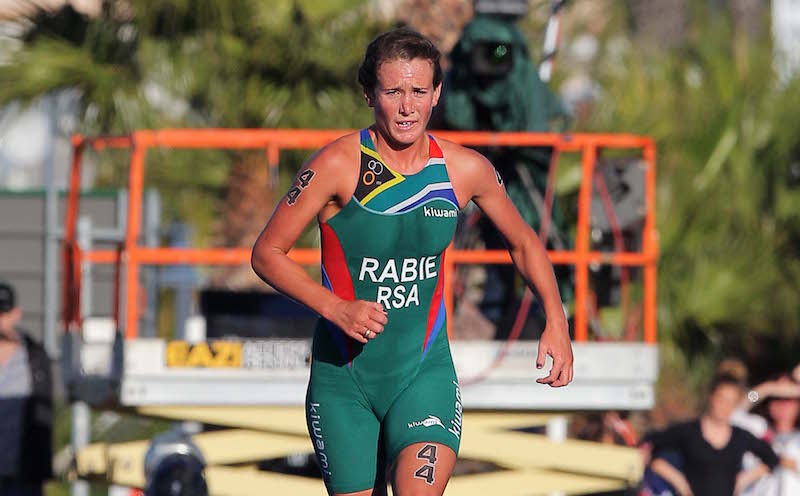 Having exited the water in third place, before hitting the bike leg in front, she stuck with the 18-member lead peloton throughout the cycle ride.

Following another quick transition, the South African took off first for the final leg but was soon hauled in by the better runners in the field and slipped back to 14th position.

Fighting back over the last few kilometres, she took 11th place in 2:59:13, crossing the line two minutes, 57 seconds (2:57) behind American winner Gwen Jorgensen.

Compatriot Gillian Sanders, the only other SA athlete in the race, finished 23rd in 2:01:29.

“I’m not a great runner like Gwen Jorgensen, so I’m super happy with that result,” Rabie said.

“I knew all the super runners were there so the only chance I really had for a medal was if I got into a break of six to eight riders on the bike.”

The 29-year-old Rabie, who holds three university degrees, confirmed she would retire from international competition in October, at the end of the international season.

Elsewhere on the penultimate day of competition at the multi-sport Games, Paula Reto held on to finish in a tie for 16th place in the women’s golf tournament on four under par.

Later on the 15th day of competition at the showpiece, women’s 800m favourite Caster Semenya was set to go in search of the nation’s 10th medal and Elroy Gelant was due to line up in the men’s 5 000m final in the early hours of Sunday morning (SA time).