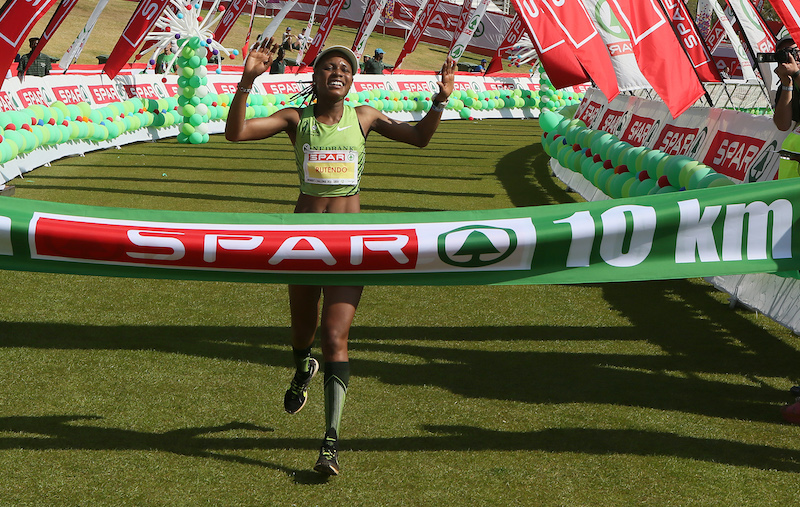 Nyahora, who trailed home in 92nd place in the Olympic marathon in Rio last month, charged clear in the latter stages at the weekend to secure victory in Centurion for the second year in a row, crossing the line in 35:25.

“I am so happy to have defended my title,” Nyahora said.

“I know this route very well, and I knew that they would get tired, so I just waited for my chance, and when it came, I took it.”

While Van Zyl missed the race after picking up a foot injury on the eve of the Olympic marathon, she retained her overall series lead ahead of the fifth and final leg in Joburg next month.

Over 27 000 participants at the #SparGrandPrix 10km race in Centurion today. Race gets more entries than the Comrades Marathon. Good going