With 17 medals in the bag, Team SA were hoping for one more podium finish to close out their Paralympic campaign at the Rio Games on Sunday. 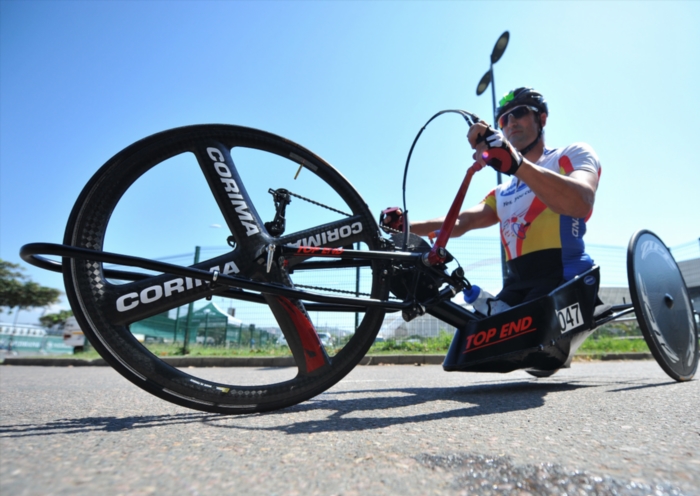 FILE PICTURE: Ernst van Dyk. Picture: Duif du Toit / Gallo Images
The national squad earned three medals on Saturday, the penultimate day of competition at the showpiece, led by versatile speedster Dyan Buis.
Adding a gold medal to the bronze he bagged in the long jump earlier in the week, Buys charged to victory in the men’s 400m T38 final in 49.46 seconds. He crossed the line well clear of Chinese silver medallist Hu Jianwen who finished in 50.27.
Meanwhile, Hilton Langenhoven and Ilse Hayes also secured their second medals of the Rio spectacle. Long jump champion Langenhoven snatched second spot in the men’s 200m T12 final, completing the race in 22.43 to finish 0.20 behind Cuba’s Leinier Pineda.
Earlier in the day, Hayes had also taken silver in the women’s 400m T13 final in 56.49, as Nantenin Keita of France grabbed gold in 55.78. Hayes added her medal to the silver she pocketed in the 100m sprint.
Veteran Ernst van Dyk, who won gold in the handcycling road race earlier in the week, was set to turn out as the last South African in action at the Games, in the men’s T54 wheelchair marathon on Sunday.
With one day remaining at the Games, the SA team had racked up seven gold, six silver and four bronze medals. Sent via my BlackBerry from Vodacom – let your email find you!