Ernst van Dyk put up a fight but was unable to rack up another Paralympic medal on Sunday, taking sixth position in the T54 wheelchair marathon as he brought Team SA's campaign to a close at the Rio Games. 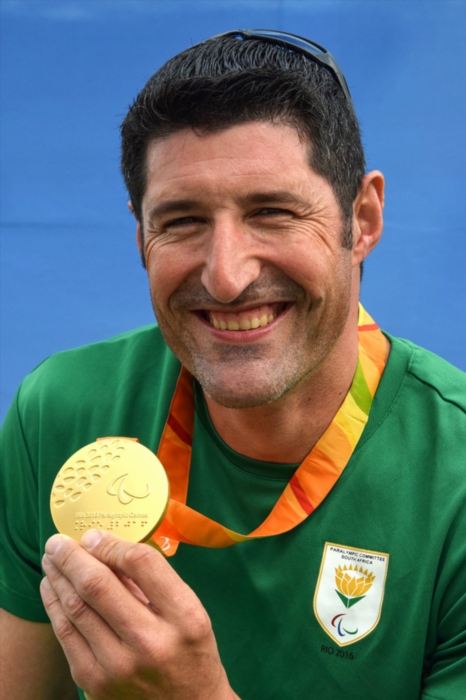 South Africa's Ernst van Dyk with his gold medal for the cycling road race at the 2016 Paralympic Games on September 15, 2016 in Rio de Janeiro, Brazil. (Photo by Wessel Oosthuizen/Gallo Images)

Marcel Hug of Switzerland joined former champion Kurt Fearnley of Australia in an early break, and Van Dyk was locked in a battle with 10 other men as he formed part of a large chase group.

While the duo up front managed to extend their advantage throughout the race, with Hug edging out Fearnley in a dash for the line to win gold, the South African was prominent near the front of the trailing pack in the closing stages.

But Van Dyk, who earned handcycling gold in his class earlier in the week, narrowly missed out in a bunch sprint for the last podium place. The veteran athlete crossed the line three seconds behind Gyu Dae Kim of Korea who took bronze in 1:30:08.

The 44-member national squad finished 22nd in the standings with 17 medals at the multi-sport showpiece, including seven gold, six silver and four bronze. It was the SA team’s lowest medal haul at the Paralympics since the 1992 Games in Barcelona, though it was also the nation’s smallest squad in 20 years.

At the 2012 Games in London the national team, consisting of 62 athletes, had finished 17th in the table with 29 medals.