Promising performance from Pace in Taiwan

A top five finish on the LPGA Tour in Taiwan this weekend could be a great omen for South Africa’s Lee-Anne Pace with the Blue Bay LPGA Championship just two weeks away.

Pace closed with a one under 71 in the Fubon LPGA Taiwan Championship in Taipei to join local favourite Candie Kung in a tie for fifth at nine under 279 on Sunday.

Two years ago, the Paarl golfer followed victory in the South African Women’s Open with a maiden LPGA Tour victory at the Blue Bay LPGA and she is hitting the right vein of form before the world’s premier women’s professional circuit returns to Hainan Island in China from 20-23 October.

Pace opened with three-under-par 69 in blustery conditions at the Miramar Golf Country Club to tie for fifth, two strokes shy of first round leader Sakura Yokomine from Japan.

A solid two under 70 in the steady downpour on Friday saw Pace move into joint third and she was just one shot back of South Korean duo Ha Na Jang and Hee Young Park, who produced a pair of 69s to take joint pole position at six under.

On Saturday, the South African racked up four birdies for a three under 69 to join KPMG Women’s PGA champion Brooke Henderson from Canada in fourth, while Jang fired a course-record tying 10-under-par 62 to put some distance between herself and the field.

The South Korean opened up a six shot advantage at 16-under-par 200 – the biggest lead this season on the LPGA Tour – over Shanshan Feng from China.

She posted a final round 71 to seal a one shot victory and join world number one Lydia Ko from New Zealand and Ariya Jutanugarn from Thailand as the third player with at least three victories on the LPGA this season. Like Jutanugarn, all of her career victories have come in 2016.

Pace moved to 27th on the LPGA Tour Money List and improved two spots to 30th in the Race to the CME Globe courtesy of the joint fifth place finish and enjoyed a $68,791 pay-day.

More impressively, her statistics over the 72 holes implies that the three-time Chase to the Investec Cup for Ladies champion is coming into some great form in Asia. The nine-time Sunshine Ladies Tour winner hit 12 in 14 fairways in the first three rounds and missed just one fairway in the final round, while her putts per rounds improved from 31 on day one to 29 over the last 36 holes.

Compatriot Paula Reto, who banked just over $5,000 for her share of 59th on seven over after rounds of 76, 73, 71 and 75, and Pace head to Incheon in South Korea next for the LPGA KEB Bank Championship.

Pace tied for 15th last year, while Reto will be making her debut in the $2-million event at the Ocean Course of the Sky 72 Golf Club.

Over in France, American Beth Allan fired a final round 67 to defeat Florentyna Parker by four shots on 14-under-par 266 for the Lacoste Ladies Open de France title.

Stacy Bregman was the top South African finisher in the field with a tie for 21st. The Sunshine Ladies Tour winner carded rounds of 72, 67, 69 and 73 at Golf de Chantaco to finish in a five-way tie on one-over-par 281.

Connie Chen finished a further 10 shots back in a tie for 49th and Nicole Garcia missed the cut by one shot after rounds of 72 and 74.

The Ladies European Tour will also be heading east to China for the Xiamen International Ladies Open. Garcia and Chen will join the action at the Xiamen Orient Golf and Country Club, but Bregman and fellow Sunshine Tour campaigners Carrie Park and Nobuhle Dlamini are travelling to the United States for the Second Stage of the LPGA Tour Qualifying School. 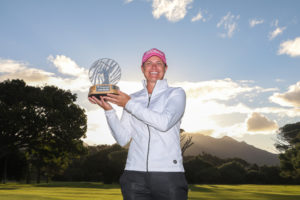 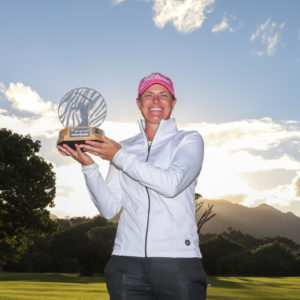 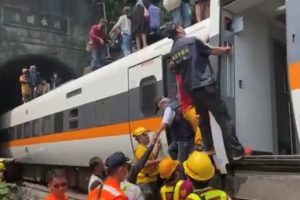