Many were multiple sizes too large and some athletes said they paid tailors to make necessary adjustments to their kit. 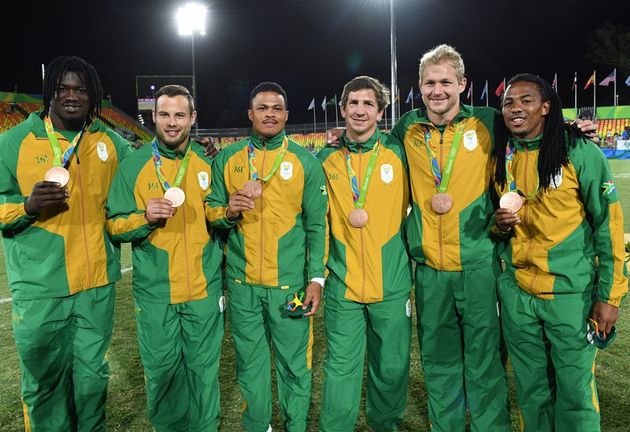 The quality of the SA team tracksuits at the Olympic Games was not up to scratch, Parliament’s portfolio committee on sport said on Wednesday, cracking the whip in the direction of the SA Sports Confederation and Olympic Committee (Sascoc) and the sports ministry.

Sascoc officials appeared before the committee to brief the body on the national team’s performance at the Rio showpiece in August, after the squad returned home with a record-equalling 10 medals.

“The committee is not satisfied with the explanation given by both Sascoc and the department of sport and recreation regarding 361º, the company from China that sponsored clothing for Team South Africa for the 2016 Rio Olympic Games,” the committee said in a statement.

“The committee believes that the complaints and concerns received from Olympic athletes regarding the tracksuits should be taken seriously and that the department and Sascoc should request the sponsor to provide clothing that is of good quality and cut for athletes.”

The Olympic body had received criticism from athletes and supporters after the national squad were forced to wear tracksuits which did not fit.

Many were multiple sizes too large and some athletes said they had paid tailors to make necessary adjustments to their kit.

Sascoc, which claimed it could not find a local manufacturer to sponsor the team kit, had previously said 361º was responsible for the quality of the tracksuits.

“Although the committee is not happy with the explanation given regarding the attire of Team South Africa, it is sympathetic to the challenges faced by Sascoc in acquiring sponsorship from corporate South Africa,” the committee said.

The long-term deal between Sascoc and 361º was reported to extend until the 2020 Games in Tokyo.