A provisional squad and final team were expected to be released next season, ahead of the biennial spectacle. 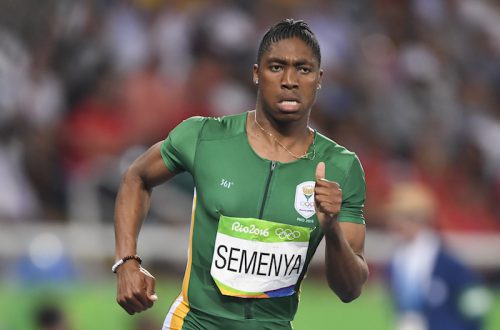 RIO DE JANEIRO, BRAZIL - AUGUST 18: Caster Semenya of South Africa at the start of the women's 800m semi final during the evening session on Day 13 Athletics of the 2016 Rio Olympics at Olympic Stadium on August 18, 2016 in Rio de Janeiro, Brazil. (Photo by Roger Sedres/Gallo Images)

South Africa’s four track and field medallists at the Rio Olympics were included in a 38-member ‘preparation squad’ released by Athletics SA on Monday for the 2017 IAAF World Championships in London.

The national federation told its members the squad had been compiled of athletes who met international qualifying standards for the showpiece during the 2016 season. A provisional squad and final team were expected to be released next season, ahead of the biennial spectacle.

“As part of the preparation for the IAAF World Championships, ASA will be hosting an excellence workshop on November 26 and all the athletes in the preparation squad are invited to the workshop with their coaches and managers/agents,” the federation said.

Among the athletes who were not selected were sprinter Anaso Jobodwana, who competed in the 200m heats at the Rio Olympics in August in his only race of an injury-struck season, triple jumper Khotso Mokoena, who announced his plan to retire after the Games, and discus thrower Victor Hogan who was serving a two-year anti-doping ban, though he was still fighting for a reduced sentence.

While 14 marathon runners had achieved the qualifying standards of 2:19:00 (men) and 2:45:00 (women) this year, only 10 were selected for the squad, with three places available in each of the 42km races in the English capital.

Olympic marathon runner Lungile Gongqa, Thabang Masihlelo, Jenna Challenor and Rene Kalmer, who was expecting her first child next year, did not make the cut.