Entries running out for Comrades Marathon

With more than 16 000 entries already received for the Comrades Marathon, runners are urged to submit their entries as only 4 000 spots remained. 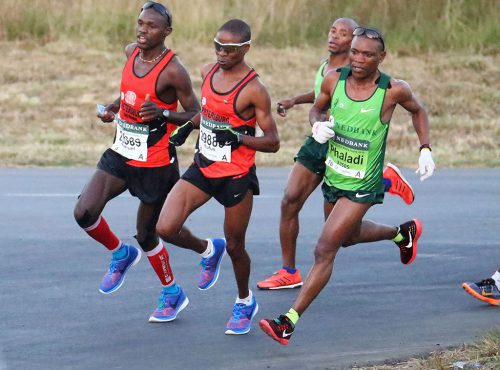 General views during the Comrades Marathon 2016 from Pietermaritzburg to Durban on May 29, 2016 in Kwa-Zulu Natal, South Africa. (Photo by Anesh Debiky/Gallo Images)

Less than 4 000 entries remained available for the 2017 Comrades Marathon, organisers revealed on Tuesday, with more than 16 000 people having already committed to the annual ultra-distance race.

The entry count thus far included around 5 000 novices and over 1 300 foreign participants. A total of 2 150 ‘green number’ runners, who had previously completed the gruelling race at least 10 times, were also among the confirmed entries.

“Prospective Comrades runners are urged to enter before the entry process closes on November 30 or as soon as the 20 000 entry cap is reached,” the Comrades Marathon Association said in a statement.

Runners who had entered the race could submit qualifying details at a later stage. The 87km ‘up’ run between Durban and Pietermaritzburg is scheduled to be held on June 4 next year.

A Monopoly of Comrades: The merging of two great brands
2 hours ago
2 hours ago

A Monopoly of Comrades: The merging of two great brands
2 hours ago
2 hours ago