Mamelodi Sundowns were recognised as team of the year, while Caster Semenya won sportswoman of the year. 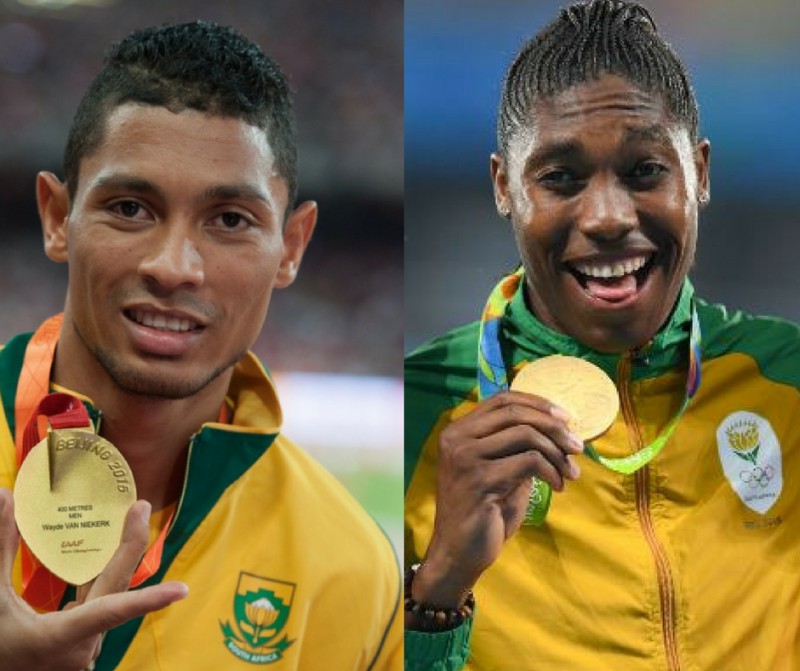 The versatile sprinter, who shattered the 400m world record to win gold in 43.03 seconds at the Rio Olympics, was named Sports Star of the Year, People’s Choice and Sportsman of the Year at the annual gala ceremony.

“It’s such an honour for me to say I’m South African, and I’m so proud to do it each and every time I step on the track,” Van Niekerk said.

Van Niekerk’s coach, Ans Botha, was also recognised as Coach of the Year.

Meanwhile, fellow track athlete Caster Semenya, who had been nominated for three gongs after winning Olympic 800m gold in a national record of 1:55.28, was revealed as the Sportswoman of the Year.

Semenya hit out at her critics after shaking off an ongoing debate about her gender to go unbeaten in her specialist event this season.

The Mamelodi Sundowns football squad, who won the African Champions League this year, were recognised as Team of the Year.