Chad le Clos stayed in contention for more individual medals, though he missed out on another podium place in the 4x50m freestyle relay final in the early hours of Saturday morning 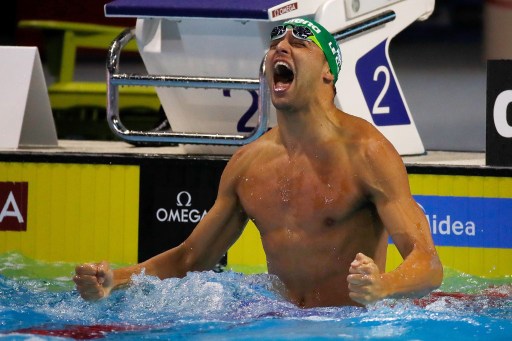 On day four of the World Short-Course Championships in Windsor, Canada. Le Clos, who earned three medals and broke the 100m butterfly world record (48.08) earlier in the week, joined Olympic finalist Brad Tandy, Doug Erasmus and teenager Eben Vorster as they took sixth place in the sprint relay in 1:25.61. Russia secured the gold medal in 1:24.32.

While they did not have the depth to put up a fight for a podium finish, however, Le Clos was expected to add to his medal tally on day five.

He qualified second fastest for the 50m butterfly final, touching the wall in 22.41 seconds in the semifinals, as he prepared to defend his title on Sunday morning (SA time), on the penultimate day of the biennial showpiece.