Irvette van Zyl trumps LJ in battle of the spouses 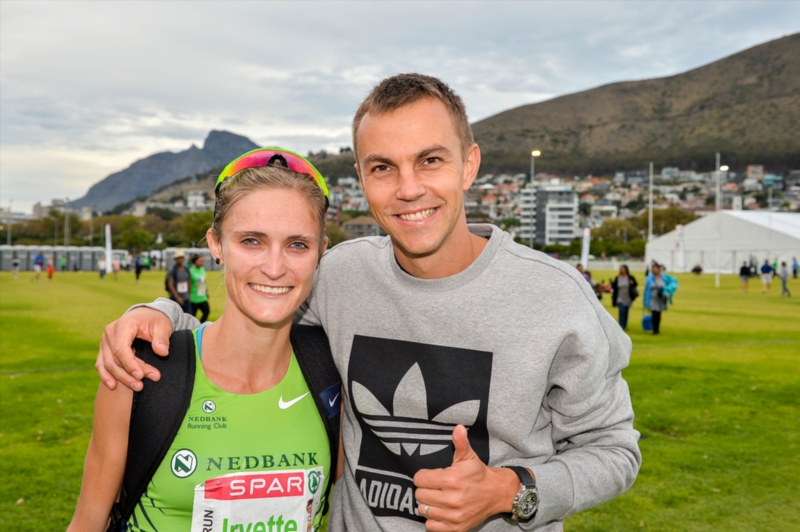 Van Zyl wrapped up the women’s race in 4:46.85 at the third and final leg of the campaign in Hartenbos.

While his official time was unavailable, LJ van Zyl crossed the line around 100 metres off the pace, according to reports, after lining up in the elite women’s race in a sideline challenge.

Kesa Molotsane, who won the opening leg of the series in Oudtshoorn last week and finished second in George on Tuesday, again took second place in the women’s 1.6km event in 4:51.74.

In the elite men’s race, Nyongo charged to another victory in 4:02.16.