Giniel de Villiers targeted 5th place in Dakar and gets it 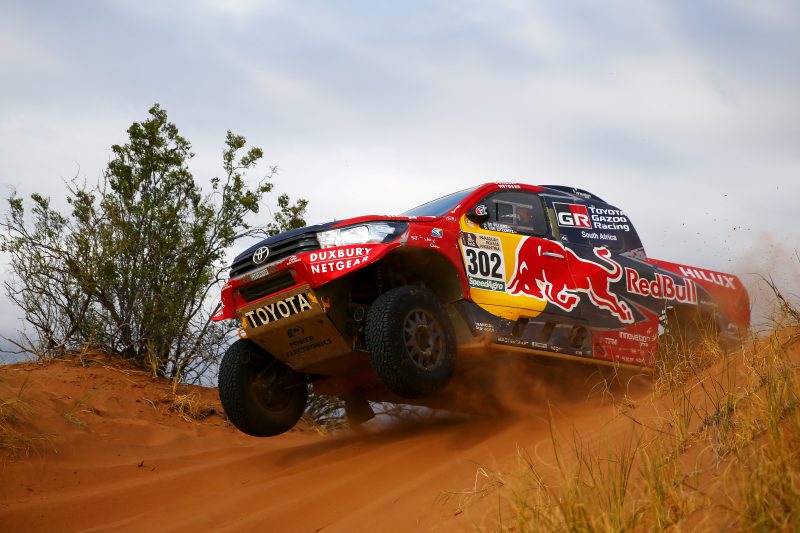 Holding off a late charge from his closest challenger, South African driver Giniel de Villiers took fifth place overall at the Dakar Rally as the two-week race came to a close in Argentina on Saturday.

Though it was his worst finish in seven years at the prestigious event, De Villiers brushed off multiple punctures and a fuel pressure problem to delivered another solid performance with German co-driver Dirk von Zitzewitz, securing a top-five finish for the 11th time in his career.

He was well behind Toyota Gazoo Racing SA teammate Nani Roma of Spain, who finished fourth, but he managed to hold off Argentine Orlando Terranova (Mini), who ended sixth, by less than three minutes.

“We knew ‘Orly’ was close, and we both raced as hard as we could on stage 11,” De Villiers said.

“But I ended the day holding onto a small advantage, and on stage 12 we managed to extend that and retain our fifth place overall.”

French driver Stephane Peterhansel won the race for the 13th time (cars and bikes), edging out compatriot Loeb to lead a Peugeot clean sweep of the podium.

Rautenbach, making his Dakar debut, received the Rookie of the Year award.

Meanwhile, on the bikes, Joey Evans was the only SA rider to complete the race.

Evans was 95th of 97 finishers, while countrymen David Thomas and Walter Terblanche were among 34 riders who did not complete the race, which was won by KTM team member Sam Sunderland of Great Britain.