Sri Lanka take full advantage of South Africa's messy display in the field to clinch the T20 series at Newlands. 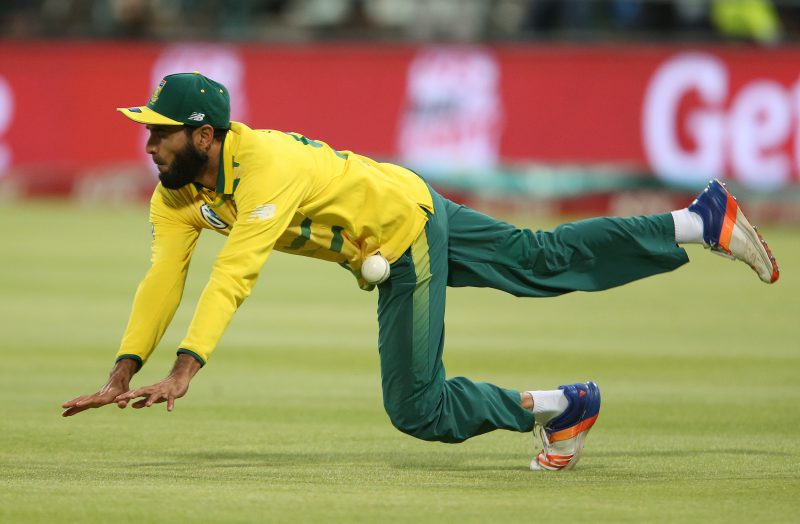 There will be a temptation to blame the Proteas’ inexperience for losing the T20 series to Sri Lanka at Newlands on Wednesday night.

After all, the Islanders’ victory by five wickets in the third and deciding match was achieved against a home attack where three of the quicks boasted a paltry four caps between them.

But in retrospect, that is no excuse.

South Africa were comically poor in the field after setting a stiff target of 170.

Their ground fielding was wobbly and the catching, frankly, atrocious.

It all started in the fourth over when Lungi Ngidi, diving too early, dropped Upul Tharanga’s flick to fine leg.

Yet the worse was to come.

In Wayne Parnell’s second over, no less than three catches were dropped in three deliveries.

Debutant Dane Paterson overran a top edge to fine leg, keeper Mangaliso Mosehle couldn’t hold on to an edge from Nilushan Dickwella and then Parnell himself dropped a gentle caught and bowled chance.

It was absolutely baffling.

Dickwella, a sprightly and unorthodox left-hander, rode his luck but he capitalised as he stroked a brilliant 69 off 51 deliveries.

It was the icing on a good series.

The brilliant Imran Tahir brought the Proteas back into the game with a magnificent spell of 3/18, of which two victims were snaffled in his last over.

That over seemed to knock the stuffing out of the Sri Lankans but the home side didn’t bank on their most experienced fast bowler, Wayne Parnell, losing the plot in his last over.

He was on the field for Ngidi, who bruised his left hip making a stop at cover.

The promising 20-year-old quick will be assessed on Thursday.

The mercurial left-armer sprayed his deliveries all over the place as Prasanna (36 off 15) eventually collected 19 runs in a crucial over.

It’s six ball of madness that will have critics questioning Parnell’s temperament once again.

Earlier, AB de Villiers celebrated his return to international cricket with a measured 63 off 44 deliveries.

It wasn’t vintage stuff from the talisman but he looked in control throughout.

He was well supported by opener Reeza Hendricks, who made a stylish 41 off 34.

But tap started to run dry in the closing stages before Mosehle (32 off 15) struck three sixes in the last over.