Comprehensive win over Estonia in Centurion keeps South Africa's hopes of promotion in the tournament alive. 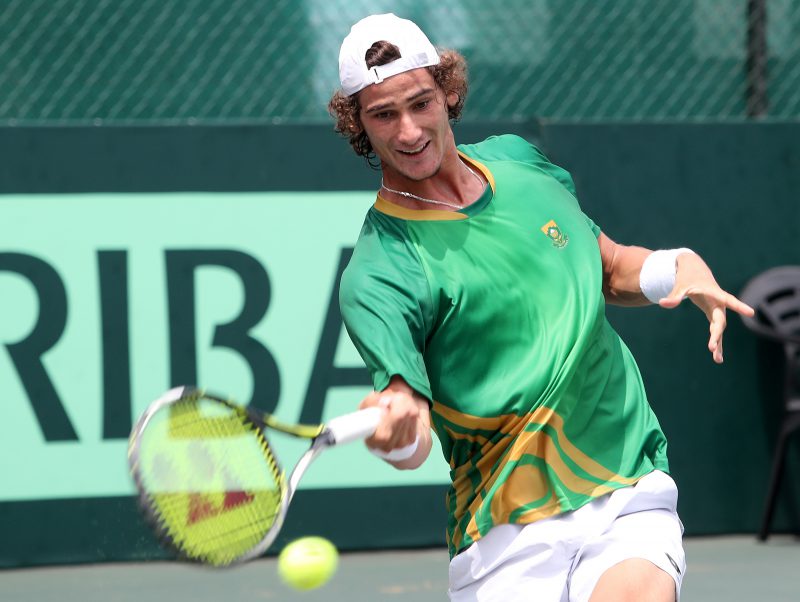 The SA men’s tennis team have kept their Davis Cup promotion hopes alive, coasting into the second round of the Euro-Africa Group 2 division.

The hosts, who had taken an unassailable 3-0 lead after Saturday’s doubles rubber, earned a 4-1 victory over Estonia following the return singles matches held in Centurion on Sunday.

Teenage star Lloyd Harris won both his singles fixtures against Vladimir Ivanov and Mattias Siimar at the three-day tie, romping to straight-set wins over both opponents.

Nik Scholtz, making a comeback to the national side after a three-year absence, was given the point against Jurgen Zopp in his opening singles match, with the Estonian player retiring injured, though he lost to Ivanov in his second contest.

In the doubles rubber, Raven Klaasen and Ruan Rolofse earned a hard-fought win over Siimar and Kenneth Raisma.

South Africa will face either Monaco or Slovenia in the second round of their division in the international team competition in April, in search of a place in the promotion playoffs.