South Africa's Olympic champion missed out on his Laureus award but still had heaps of fun, including meeting the Turkish internet sensation. 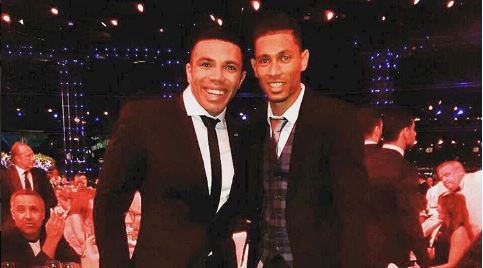 Wayde van Niekerk might’ve missed out on a Laureus award on Tuesday evening.

But he clearly still had a jol.

Also read: Wayde misses out on Laureus but there’s still joy for SA

South Africa’s 400m Olympic champion had been nominated for Breakthrough of the Year but missed out to F1 world champion Nico Rosberg.

Gokçe became an internet sensation earlier this year for his impressive way of cutting meat and unorthodox, over-the-top seasoning skills.

We all need some spice in our lives… 😂 #laureusawards