The brave Springbok tighthead's career might be on the back-burner for now due to a neck injury but 2016 was still a year to savour. 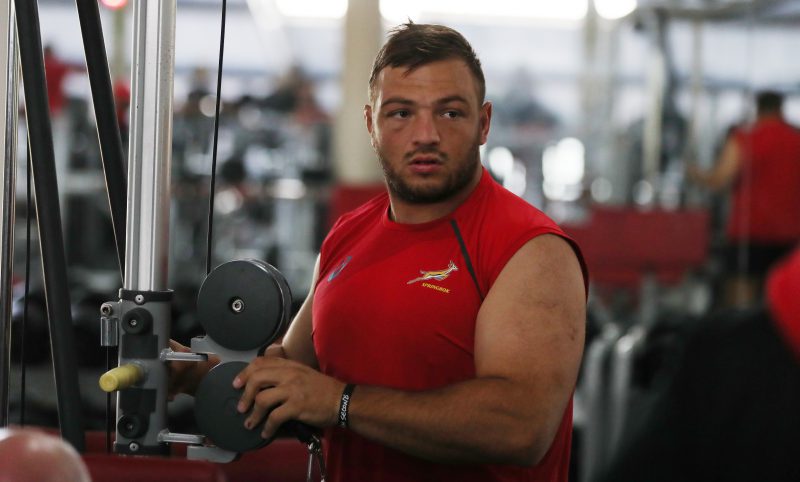 At the end of last year, Springbok prop Julian Redelinghuys faced the biggest challenge of his life, but last night he duly walked away with the Lions’ top rugby award.

Redelinghuys beat all his Springbok team-mates to the award when he was named Player-of-the-Year for 2016 at the Golden Lions Rugby Union’s awards evening at Carnival City’s Big Top Arena.

The tighthead  career is still in jeopardy after he badly injured his neck in the Currie Cup semifinal against the Cheetahs in Bloemfontein last year, but this award is a fitting accolade for a brilliant season in which he gained a further six Test caps.

Eighthman and Lions captain Warren Whiteley, who became the Springboks’ first choice No 8, was named Super Rugby Playerof-the-Year while centre Jacques Nel walked away with the Currie Cup Player-of-the-Year accolade.

Whiteley pipped flyhalf Elton Jantjies who was selected Backline Player-of-the-Year in Super Rugby while lock Franco Mostert was the Forward-of-the-Year in the same competition.