I just can’t get my head around SA Rugby’s new regulation that only overseas-based players with more than 30 Tests will be eligible for Springbok selection in future. 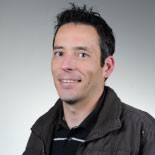 Sure, the policy’s whole new intention of trying to keep talented youngsters at home instead of chasing euros up north is plausible, but the possible sideshows the new ‘‘law’’ can make the agreed number more of a nuisance than anything else. Let’s start with SA Rugby president Mark Alexander’s words: ‘’We are sending a message to young players that if they wish to play for the Springboks, then they must remain in South Africa.’’

So in other words, players set to play a role for the Boks over the next couple of years at least, are based locally and haven’t reached the magical number yet will think twice about going overseas. They include lock Lood de Jager (28 Tests), centre Jan Serfontein (26), centre Damian de Allende (22), Handre Pollard (20), lock Pieter-Steph du Toit (19) and centre Juan de Jongh (19).

But things look less rosy for flank Marcell Coetzee (28), scrumhalf Cobus Reinach (10), and props Steven Kitshoff (10) and Vincent Koch (9), who are all based in Europe. Technically Coetzee could sneak in provided he plays in the three-Test series against the French in June, because the policy only kicks in after the series. But even that could be a long shot.

Let’s say he is fit and features in the first two Tests, but an injury leaves him stranded on 30 Tests, one less than the required amount. For the brilliant poacher to be ruled out of Rugby Championship selection because of one silly little Test cap number would be heartbreaking. But rules are rules and a 30-cap Coetzee would be considered persona non grata alongside Koch, Kitshoff and Reinach. Then, let’s say De Jager, Serfontein and Pollard reach 31 Tests in 2017, the door is open for them to leave with their Springbok careers in check.

Surely this is a loophole their agents are anxious to cash in on securing lucrative club deals for 2018. What really kills me is the socalled rewards the players that stay in South Africa will reap, but yet they’ll nonetheless have to compete for Bok colours with the 30-plusers Duane Vermeulen, Bryan Habana, JP Pietersen, Francois Louw, Francois Hougaard and Willie le Roux.

Last year was a classic case in point when Lions flanker Jaco Kriel stood out head and shoulders in Super Rugby, but never even got a start for the Boks. Allister Coetzee time and time again kept him on the bench, opting to start with Louw.

And let’s say Kriel decides to chase the big bucks in Europe, he’s screwed, because he’s only played in seven Tests. But – and get this – he’ll be eligible for the Boks in 2019, alongside Coetzee, Kitshoff, Reinach and Koch, because the 30-plus policy falls away in a World Cup year. They might have missed all the Bok training camps, all the Tests and tours for two, three years, but in a World Cup year, any overseas bloke will be good to go – at possibly the expense of a locally-based uncapped future star.

But there’s more – the young hot-shot should get his chance in 2020, because even if Reinach helps the Boks win the World Cup, but hasn’t played 31 Tests by the end of 2019, he’ll only be eligible in 2023 should he stay overseas. One step forward, two steps back.