The Springbok lock is known for having a bit of a short fuse but he insists his priorities on the field with be right against France. 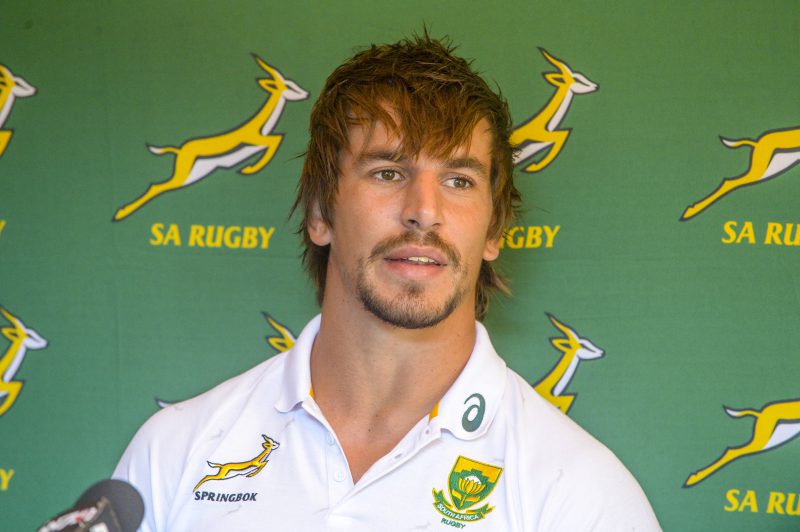 He has no anger issues and the idea that he is a dirty player is only a perception and far-fetched, insists fiery Springbok lock Eben Etzebeth.

The beast of a man, who stands at 2.04m and weighs 117kg, is considered an enforcer and the man to create the spark in the Bok engine-room.

And those sparks could indeed fly in the first Test against France at Loftus Versfeld on Saturday.

“I enjoy the physical part of the game but in all my games for the Stormers and Western Province (over six seasons), I have only received two yellow cards,” said Etzebeth, who at only 25 has already amassed 54 Bok Test caps since his 2012 debut against England.

“I think I control my anger well enough and hopefully again on Saturday, but I will have seven other forwards around me who will also help me.”

Etzebeth has often been caught in the middle of a scuffle, earning him the reputation of a fighter rather than a player.

Yet despite his obvious short fuse, the Stormers vice-captain is adamant his priorities on the field are right.

“I think it’s a (wrong) perception that I’m a dirty player and not something I really take too much notice of,” he said.

Instead, Etzebeth is steadily trying to show his worth as a leader.

Leadership and Eben Etzebeth is not two words often one would even imagine using in the same sentence.

But he says he enjoys the added responsibility.

“I enjoy a leadership role and I’ve had the privilege to captain the Stormers on a few occasions this year,” said Etzebeth.

“And now being at the Boks and part of the leadership group is a massive responsibility and I’m glad to form part of that.”

“I think last year in Adriaan Strauss we had a tremendous captain and this year again in Warren. They both knew what they had to do and they are both incredible leaders and we as a team follow them. But there’s also a leadership core around the captain which helps.”