The stalwart claims five medals in the Mare Nostrum series as he somewhat surprisingly upstages a lukewarm Chad le Clos. 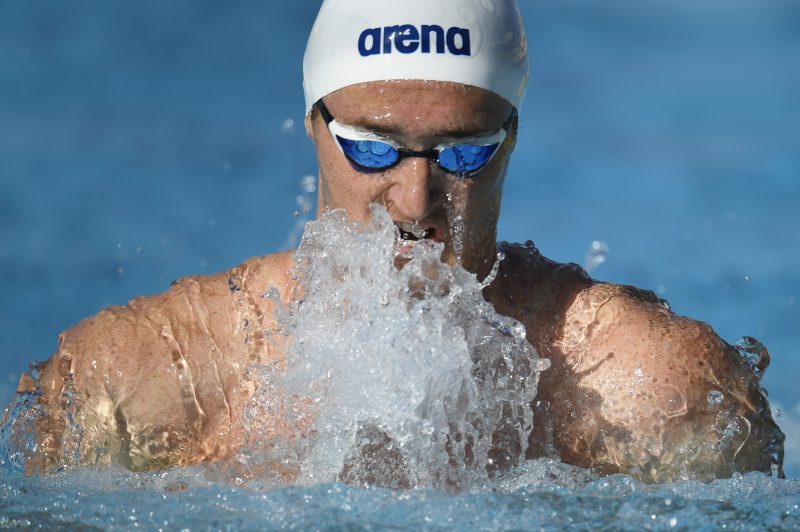 Cameron van der Burgh ended his Mare Nostrum campaign in style at the weekend, charging to gold and silver medals at the last of three legs in the series, held in Canet-en-Roussillon.

On Saturday, the double Olympic medallist took second place in the men’s 100m breaststroke final in 1:00.02.

He returned to the pool on Sunday to win the 50m contest in 27.07, and though it was the first time in the series he was unable to break the 27-second barrier, he touched the wall 0.18 ahead of Brazilian runner-up Felipe Lima.

Van der Burgh, who led the chase for the overall men’s trophy heading into the last gala, earned five medals throughout the campaign and went unbeaten in the sprint event, sticking up his hand in the build-up to the World Swimming Championships in Budapest next month.

Meanwhile, fellow Olympic star Chad le Clos was well off his best, taking a rare back seat to his compatriot.

That said, his preparation was disrupted by his luggage getting lost and had to actually borrow a kit to swim in.

Distance specialist Myles Brown was the only other SA swimmer to earn a medal in the prestigious annual series, which was held over nine days.

Brown finished second in the 200m freestyle final at the opening leg in Monaco, stopping the clock at 1:48.31, and he went quicker at the second gala in Barcelona, again grabbing second spot in 1:48.07.

Four other SA swimmers – teenagers Tiago Cordeiro, Joshua Dannhauser, Lindsay McLeod and Emily Visagie – progressed to A finals during the series, though they were unable to reach the podium in their respective disciplines.