Given his form, many are expecting the world champ to better his record time in the 400 in Switzerland on Thursday evening. 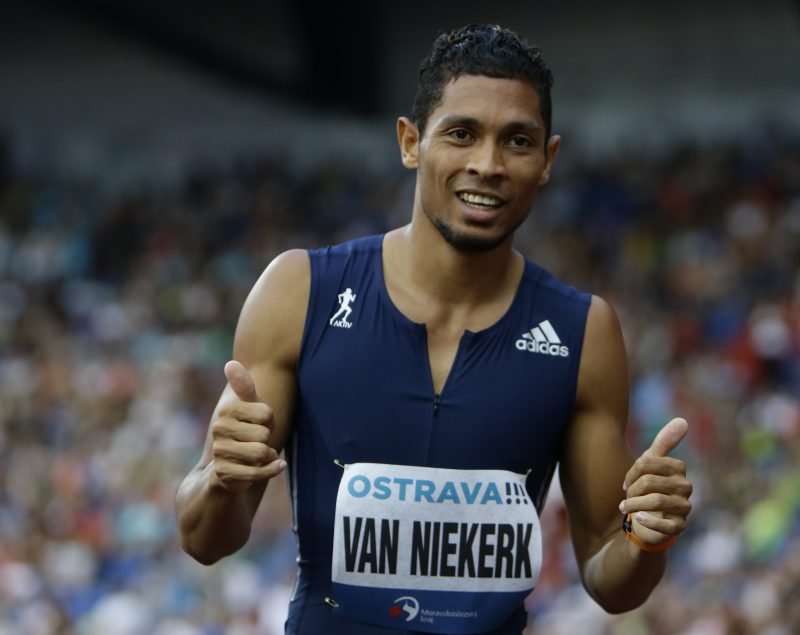 While his spectacular form suggests another of Michael Johnson’s long-standing marks could fall in Lausanne on Thursday evening, Wayde van Niekerk insists he is not worried about breaking the meeting record at the eighth leg of the Diamond League series.

After shattering Johnson’s 400m world record of 43.18 when he clocked 43.03 at the Rio Olympics last year, and bettering the US legend’s 300m world best of 30.85 when he covered the distance in 30.81 in Ostrava last week, the versatile sprinter from Bloemfontein was tipped to eclipse the 21-year-old meeting record of 43.66 in the one-lap race in Lausanne.

Van Niekerk, however, insisted on Wednesday he was not putting pressure on himself ahead of a 200m/400m double at next month’s World Championships in London.

“I’ve never entered a meeting wanting to break a specific record or a specific time. But as competitors we’re here to rewrite history and do great things, and if the record comes it will be a blessing,” he said.

“There are still a few more weeks before we get to the World Championships, so I still have a lot of hard work to do and I need to gain a bit more endurance in training.”

Nonetheless, having set a 100m personal best (9.94) and a 200m national record (19.84) this season, along with his most recent 300m performance, Van Niekerk was not writing off a potential fast time in his first top-flight 400m race of the year.

He was facing only one other man who had run under 44 seconds (former African champion Isaac Makwala) and he was expected to take a convincing win in the one-lap battle, which was scheduled to start at 9.40pm.

“You never know what the body wants to pop out on the day,” he said.

“All my 100m, 200m and 300m times thus far have been a surprise to me, so I’m really just going to go out there and keep doing what I’ve been doing the entire season. We’ll wait and see how the result turns out.”