South Africa's swimming hot shot is back to his best as the reliable Cameron van der Burgh claims a historic bronze. 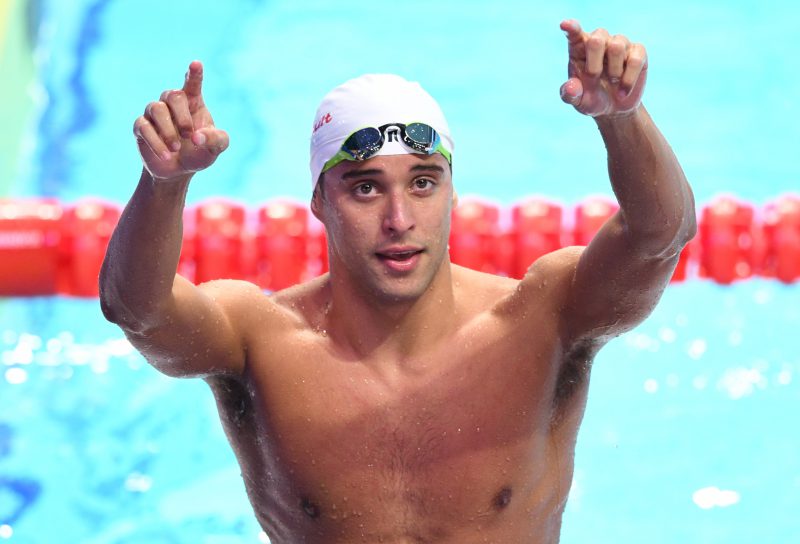 Chad le Clos burst back to his best on Wednesday night, storming to a convincing victory in the men’s 200m butterfly final at the World Aquatics Championships in Budapest.

Blasting off the block, the 25-year-old swimmer led from start to finish, touching the wall in 1:53.33 to reclaim the global title he won in Barcelona in 2013.

It was his fastest time in nearly four years.

After settling for the silver medal at the last edition of the biennial showpiece in Kazan, Le Clos had missed the podium in the discipline at last year’s Rio Games, but he hit back in fine style to prove he was still a powerful force at the highest level.

He was set to compete again in the heats on Friday, in defence of his 100m butterfly crown.

Van der Burgh touched the wall in 26.60, just 0.06 outside the national record he set in the heats the day before, as he earned his sixth successive medal in the sprint event at the biennial spectacle.

British swimmer Adam Peaty took the top step on the podium, covering the single-length contest in 25.99 to narrowly miss his own world record by 0.04.