Wayde’s double dream is still on … but by a whisker

He qualifies for the 200m final but only as one of the fastest third-place finishers as Akani Simbine's troublesome time continues. 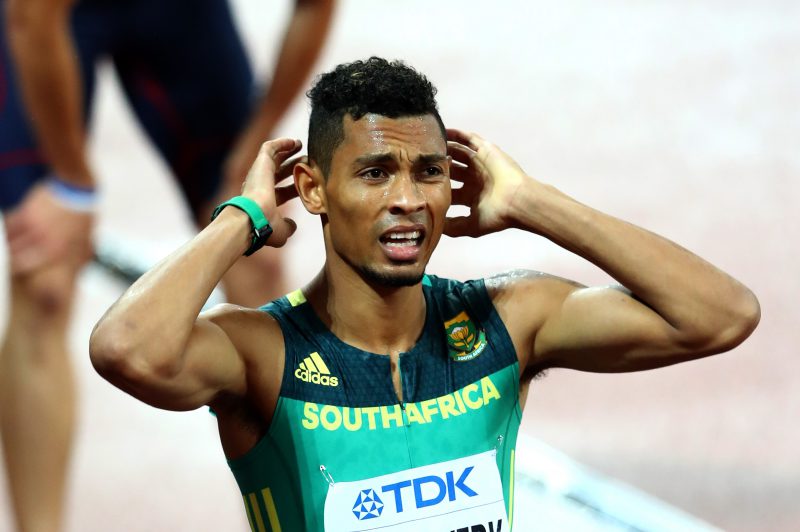 Wayde van Niekerk can still dream of the 200/400m double. But it was a close shave. Photo: Michael Steele/Getty Images.

Wayde van Niekerk was still in with a chance for a historic 200m/400m double at the IAAF World Championships in London, despite struggling in wet conditions in the half-lap semifinals on Wednesday evening.

Having bagged the global 400m title the night before, he battled off the bend in the penultimate round of the 200m event and finished third in his race in 20.28 seconds, grabbing the last available spot for the medal contest.

Countryman Akani Simbine, who had taken fifth position in the 100m final earlier in the week, was also below his best after struggling with a hip niggle, which was no doubt hampered by the cold weather.

He trailed home in seventh place in his semifinal in 20.62, and his World Championships campaign came to an end.

Van Niekerk was set to face a field led by Isaac Makwala of Botswana, who was allowed into the event after withdrawing from the heats due to illness earlier in the week, in Thursday night’s final.

Released from a 48-hour quarantine, after being blocked from competing in the 400m final, Makwala clocked 20.20 in a solo time trial to earn his place in the semifinals.

A little more than two hours later he was back in action, winning his semifinal in 20.14 to progress as the fastest qualifier for what was expected to be a hard-fought final.