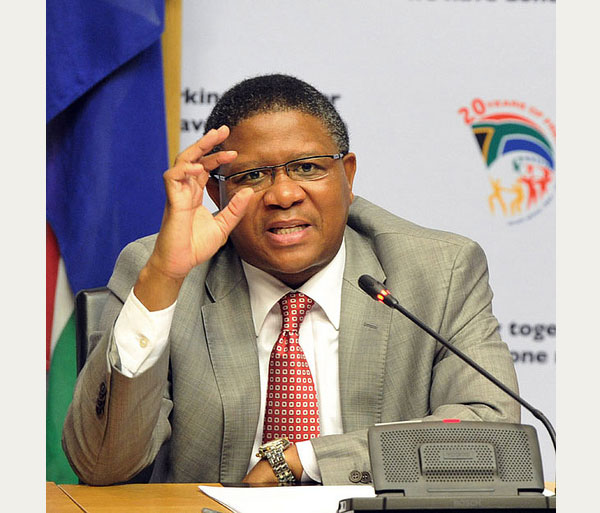 Mbalula met with Solidarity in Pretoria, along with civil-rights group AfriForum and political party Freedom Front Plus, to discuss the newly-set target of 60% black representation in sports teams.

Solidarity general secretary Dirk Hermann believed racial quotas undermined the Constitution and he reiterated the union would go to court if the Sports Ministry forced quotas through.

“Transformation is not negotiable and if that needs to be tested in the high court in this country, it can be,” Mbalula said.

AfriForum CEO Kallie Kriel said the organisation would lay a complaint with the International Rugby Board after reports emerged that the SA Rugby Union was considering introducing quotas in the Currie Cup and Super Rugby competitions.

“This quota system constitutes a gross violation of the rules and regulations … of all the major international sporting federations,” AfriForum said in a memorandum submitted to Mbalula.

“These rules and regulations do not only prohibit any form of racial discrimination in sport, but also do not allow government interference in team selection and the running of sporting codes.”

All three minority organisations said they had engaged in “fruitful” discussions with Mbalula, and agreed development in sport was crucial, but they did not feel quotas were the answer.

Mbalula said he would continue to engage with stakeholders, but said that certain sports bodies had refused to comply with transformation since readmission.

After receiving a pilot study report from the Eminent Persons Group on Transformation earlier this month, which recommended the long-term 60% target, Mbalula warned non-compliant federations they would face sanctions and restrictions.

“I am not imposing 60/40 on anybody,” he said, “but we are all in agreement about the need for development, and we need to engage on the matter”.