Returning from an injury layoff, ultra-distance runner Claude Moshiywa admits he remains cautious about his approach, and his predictions, as he prepares to defend his title at the Comrades Marathon on Sunday. 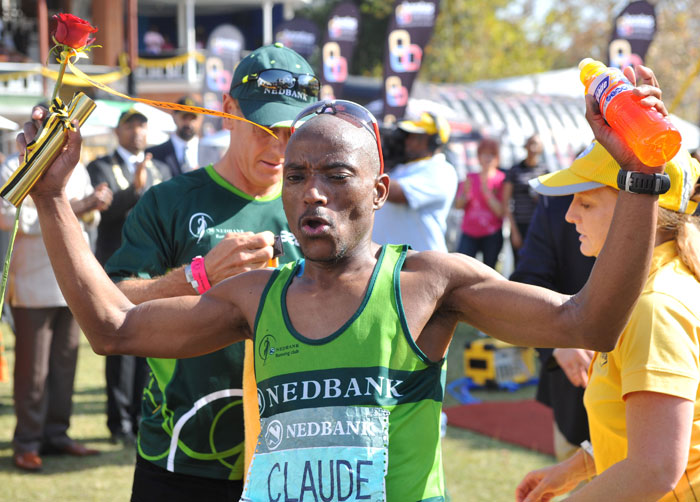 HOPEFUL. Comrades champion Clause Moshiywa is confident that he can retain his crown on Sunday, despite being hampered by a groin injury. Picture: Backpagepix.

Moshiywa stormed to a comfortable victory in last year’s “up” run, crossing the finish line in 5:32:09, more than nine minutes clear of second-placed runner Jonas Buud of Sweden.

The 39-year-old South African, who represents the Nedbank Running Club, had been confident of retaining his crown at the country’s most prestigious road race, but his build-up this year was hampered by a groin injury which kept him out of the 56km Two Oceans ultra-marathon in Cape Town in April.

“I’m crossing my heart that the injury will not flare up during the race,” Moshiywa said yesterday.

“It was painful and I struggled with it for three weeks. So based on my training I’m not sure what to expect this weekend.”

Moshiywa, however, confirmed he had not written himself off and was hoping for his competitors to take a steady approach in the first half of Sunday’s “down” run between Pietermaritzburg and Durban.

Employed full-time as a purchasing officer at First National Bank near his home in Ormonde, Johannesburg, Moshiywa has completed the annual 89km race 13 times since his debut in 2000.

With five gold medals under his belt, he will draw on his vast experience to carry him through the painful second half of the race.

“With Comrades anything can happen on the day, but it will depend on the other guys in the race,” he said.

“If the pace is slow it will be possible for me to win again, but if the guys go out fast in the first half I’m going to be very careful.”