While the majority of the 78-member SA team left Joburg for the African Athletics Champs on Saturday, they were stuck in Lagos for three days. 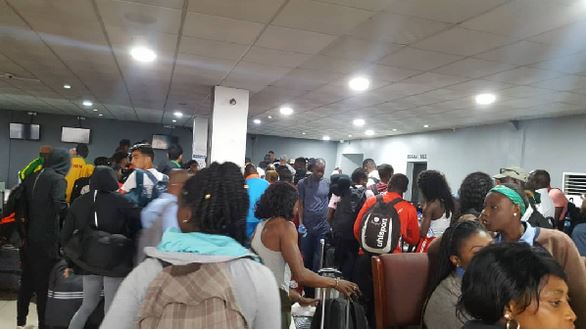 The national track and field team were left flustered and annoyed ahead of the African Athletics Championships, with poor planning by the organisers creating a chaotic arrival for the athletes ahead of this morning’s first session in Asaba, Nigeria.

While the majority of the 78-member SA team left Joburg on Saturday, they were stuck in Lagos for three days, along with multiple other national squads from around the continent including Kenya, Uganda and Morocco.

Unable to negotiate the six-hour drive to host city Asaba by car, apparently for security reasons, the athletes were left stranded due to congestion, with limited domestic flights creating a bottleneck at the Lagos airport.

The SA team’s manager, Pieter Lourens, was unavailable for comment but an instant message conversation between senior athletes and team management (seen by The Citizen) revealed some of the frustration they had experienced after their final preparations were repeatedly disrupted.

“Please, if we are leaving to airport make sure that there is a flight. Waiting at airport is not fun,” middle-distance star Caster Semenya posted after the squad had spent the whole of Sunday at the airport in Lagos.

The athletes were nonetheless made to wait at the airport again on Monday as local officials were unable to provide a flight schedule.

Van der Watt was the last member of the team to arrive in Lagos last night.

Having finished top of the table with 33 medals at the previous edition of the continental championships in Durban two years ago, the SA team were looking to retain their crown in Asaba.