It's been a year of experimentation for South Africa's queen on the track but on Thursday she'll be starring in her favoured event. 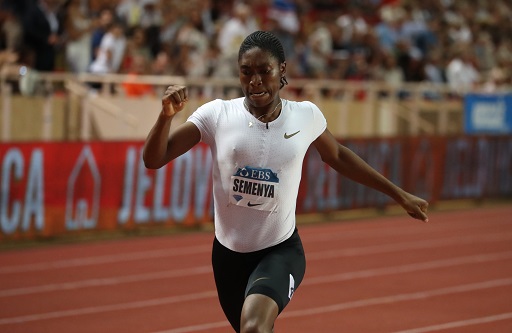 Having experimented over a range of distances this season, Caster Semenya expects to have it a bit easier on the track on Thursday night, as she focusses on defending her 800m title at the first leg of the Diamond League series final in Zurich.

Faced with another chance to flaunt her versatility at the prestigious Diamond League series final, after qualifying for the 800m and 1 500m races, Semenya chose to skip the metric mile which would have required competing in two different cities in the space of 25 hours.

And while she retained respect for her opponents, Semenya said she was confident of stretching her three-year unbeaten run over the 800m distance against a packed field which included perennial rival Francine Niyonsaba of Burundi and American record holder Ajee Wilson.

“With the team I have around me, we are crazy and we do crazy things on the track, so it becomes easy for me to run,” Semenya said.

“But I respect my opponents… it’s a new day and a different field.”

Semenya was one of nine South African athletes included in the entry lists for the Diamond League finals, with half the disciplines being contested in Zurich on Thursday evening and the other half being held in Brussels on Friday night.

Akani Simbine, turning out in the men’s 100m sprint, was the only SA athlete in the start lists for the Brussels meeting.