Mashele shines again, this time on the road

Meanwhile, 87-year-old Diane Larkin set a world best in the 85-90 age group but it won't count. 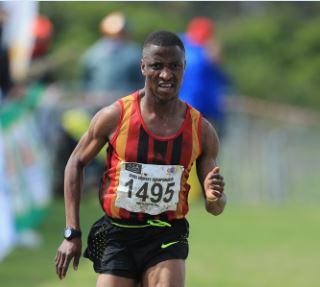 Mashele, who lifted the national cross country crown a few weeks earlier, broke away in the chase for the line, taking the race in 29:43.

“It’s good to win any national championship, so this was my goal and I’m very happy to win here today,” Mashele said.

In a wide open women’s race, with all three of last year’s podium finishers missing from the entry list, Lebogang Phalula emerged triumphant.

Bouncing back from calf and hamstring injuries which hampered her progress throughout the 2018 season, Phalula took the national title in 35:57.

“It’s been a long time since I won a big race, due to the injuries, but now I’m injury free and I’m pleased with the win,” Phalula said.

“This year I told myself if I can win one title, I know next year will be easier, so this is just the start. It’s a new beginning for me.”

While 87-year-old Deirdre Larkin set a world best in the 85-90 age group, despite falling at the start, her performance could not be considered for record purposes as she entered a younger age group.

“I will come back next year and try again for the record.”