Another national record for Erin Gallagher 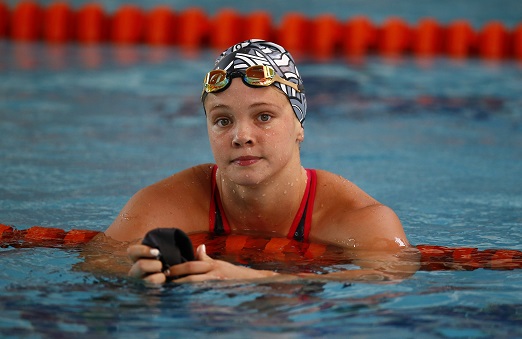 Erin Gallagher built on her record-breaking form on Wednesday evening, producing another superb performance on day three of the SA National Aquatic Championships in Durban.

Gallagher won gold in 57.67 seconds in the women’s 100m butterfly final, dipping well under the qualifying standard of 58.48 for the Fina World Championships in Gwangju in July and setting another national mark after she had broken the SA 50m butterfly record the day before.

Meanwhile, Chad le Clos expanded his repertoire ahead of the global showpiece, touching the wall in 51.39 in the men’s 100m butterfly.

While he finished second behind Le Clos, clocking 52.13 in the final, Ryan Coetzee also booked his ticket to Gwangju by covering the two-length event in 51.85 in the morning heats.

Ayrton Sweeney touched the wall in 4:17.67 in the men’s 400m individual medley, clipping 0.23 off the required standard for the global championships and lifting the total list of South African qualifiers to eight, with two days of competition remaining at the national trials.

Though the sprint distance was not considered for World Championships qualification, Tatjana Schoenmaker and teenager Michael Houlie displayed good form in the 50m breaststroke event.

Schoenmaker, already in the provisional squad, won the women’s final in 30.97, just 0.15 outside the African record she set last year.

And Houlie, who won the Youth Olympics title in Buenos Aires last season, coasted to a convincing victory in the men’s final.

He touched the wall in 26.91, less than half a second outside retired world champion Cameron van der Burgh’s African record of 26.54. 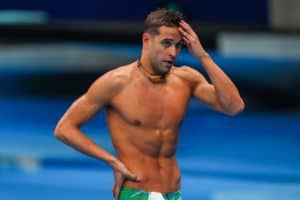 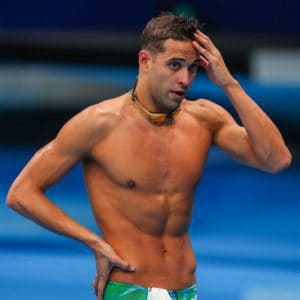