The IAAF has been adamant that the moves are necessary to create a level playing field for other women athletes. 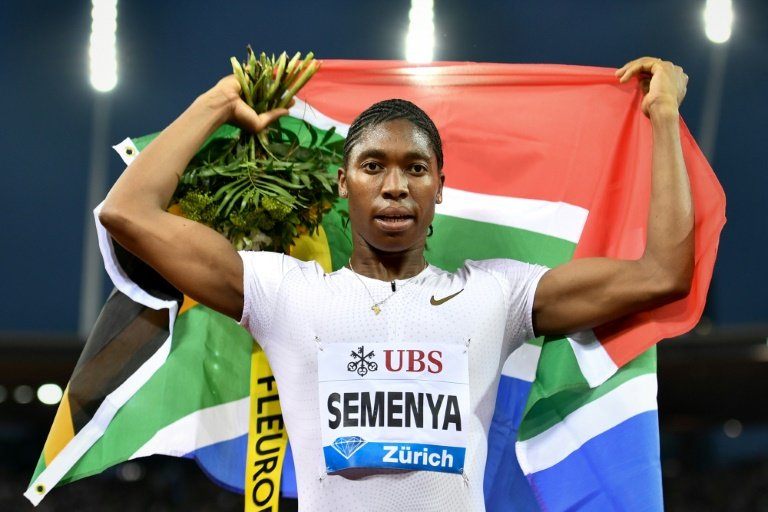 Caster Semenya has argued that she is "unquestionably a woman". AFP/File/Fabrice COFFRINI

Caster Semenya will need to make a career-altering decision regarding her future as a middle-distance runner after losing a long-running battle against the International Association of Athletics Federations (IAAF).

The Court of Arbitration for Sport (CAS) confirmed on Wednesday it had dismissed both requests for arbitration filed by Semenya and Athletics South Africa (ASA) in their attempt to have controversial new IAAF regulations overturned.

Athletes with differences of sexual development (DSD), which included some of the world’s best middle-distance runners who were reported to have been born with hyperandrogenism, would need to take medication to reduce their natural testosterone levels to 5nmol/L in order to compete internationally over distances ranging from 400m to the mile (1.609km).

“By the majority, the CAS panel dismissed the requests for arbitration considering that the claimants were unable to establish that the DSD regulations were ‘invalid’,” CAS said in a statement.

“The panel found that the DSD regulations are discriminatory but the majority of the (three member) panel found that, on the basis of the evidence submitted by the parties, such discrimination is a necessary, reasonable and proportionate means of achieving the IAAF’s aim of preserving the integrity of female athletes in the restricted events.”

CAS added, however, that it was concerned about the practical application and implementation of the regulations, and it suggested the IAAF rule not be applied to the 1 500m and mile events until more evidence was provided that DSD athletes had an unfair advantage.

The regulations would need to be continually reviewed moving forward, and potential changes could be necessary.

“It may be that, on implementation and with experience, certain factors may be shown to affect the overall proportionality of the DSD regulations, either by indicating that amendments are required in order to ensure that the regulations are capable of being applied proportionately, or by providing further support for or against the inclusion of particular events withing the category of restricted events,” CAS said.

Semenya and ASA had taken the IAAF to court last month after CAS had cleared the global athletics body’s new gender regulations which restricted DSD athletes by forcing them to take medication to reduce their natural testosterone levels in order to compete internationally against women in certain disciplines.

The rule, however, did not incorporate the 5 000m event, and though she had previously focussed on middle-distance and sprint events, Semenya had raced twice over the 5 000m distance this season, winning the national title in 16:05.97 in Germiston last week and proving her potential in the event.

Should she want to defend her world 800m title later this year, however, or her Olympic two-lap crown next season, she would need to abide by the new regulations.

This would see her being sidelined for at least six months, while medication was likely to hamper her progress on her return to the track.