Women in Sport: The chemistry guru who literally wants to climb to Olympic glory

Rachelle de Charmoy hopes to be a pioneer for South Africa when Tokyo 2020 introduces sport climbing. 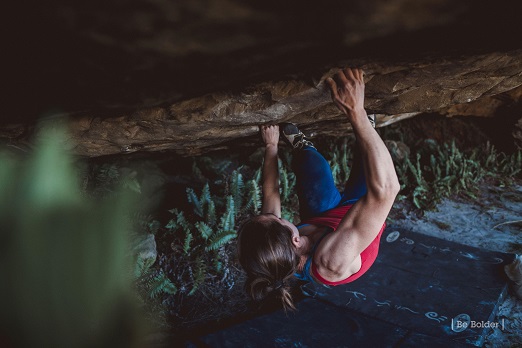 When she first started climbing, Rachelle de Charmoy was looking for little more than an opportunity to hang around off the sides of massive rocks, and though she has not forgotten her first love, outdoor activities have been put on hold as she adjusts her sights on a new target: the Tokyo Olympic Games.

De Charmoy took up lead climbing at the age of 10, after joining the club at Roseway Waldorf School in Durban, and she went on to establish her place as one of the country’s most accomplished competitors in the discipline of bouldering. 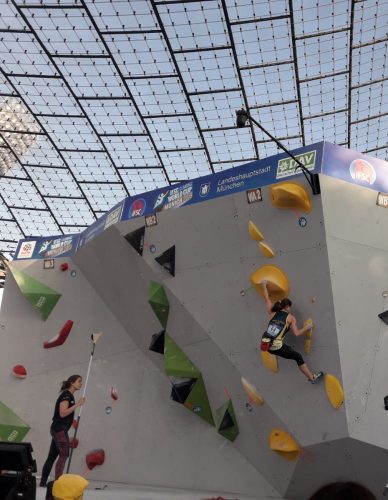 While she won the national bouldering league three times, however, De Charmoy ultimately opted to put the indoor sport aside to focus on outdoor projects.

“It has always been social for me,” she said.

“I’ve competed over the years, on and off, but not very seriously.”

With sport climbing being introduced to the Olympic programme at the 2020 Games, De Charmoy returned to competition this season, allowing indoor climbing to take priority for the first time.

Having roped in only one sponsor, however, which provided her with shoes, she had to raise her own funds to compete on the global circuit this year.

Needing to finish among the top 30 at World Cup events in order to secure a world ranking, De Charmoy admitted she was struggling to achieve the qualifying requirements introduced by the SA Sports Confederation and Olympic Committee (Sascoc).

After finishing outside the top 60, she admitted she had a long way to go in order to close the gap on the best climbers in the world.

De Charmoy nonetheless hoped that a victory at next year’s African Championships, to be held in Cape Town in March, would be sufficient for Sascoc to give her the nod.

“We’ll have to see what happens when we get there, but right now the goal of winning the African Championships is enough to keep me going,” she said.

“Whatever happens after that, I’m going to come out much stronger.”

Having moved to Cape Town in 2012, De Charmoy had since taken up a part-time job as a coach.

Holding an honours degree in chemistry, she was supplementing her income with another part-time job as an environmental consultant. 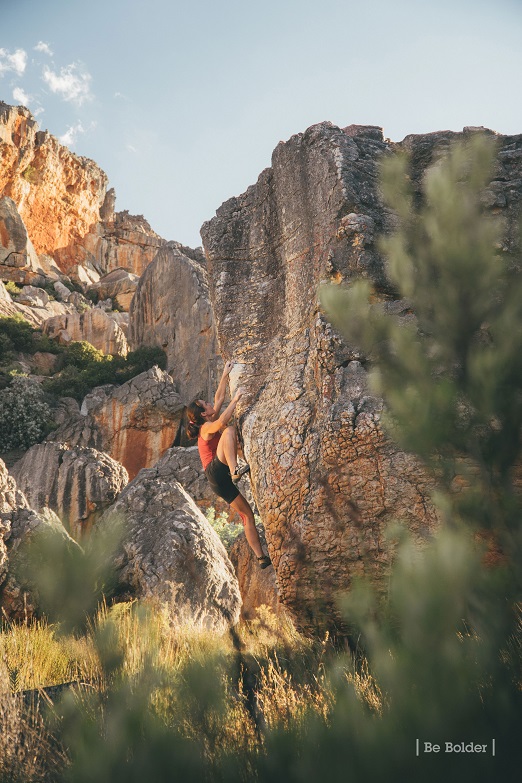 Most of her attention, however, was geared towards her Olympic qualifying attempt, which offered multiple challenges of its own.

Though she was experienced at lead climbing and bouldering, she had taken up speed climbing for the first time earlier this year.

And with the Olympic format including all three disciplines, she was locked in a literal race against time to improve her speed climbing skills in order to lift her overall scores.

“I started speed climbing about a year ago, so it’s very new for me, but I’m getting better and better times in practice,” she said.

“If I can keep doing that, and get my times down a bit more, I think I can do quite well.”

Only the second SA woman to have climbed an 8A graded boulder, De Charmoy said she was likely to continue competing in bouldering after the Tokyo Games because she enjoyed the activity.

Her ambitions as a sport climber were likely to take a back seat again in 2021, however, regardless of whether she achieved her new Olympic dream.

“After this stint of competitive climbing, which I’ve really enjoyed, I’d really like to focus on my outdoor projects.

“I’ve missed being outside this year and I’m really looking forward to more time on the rock.”