Sascoc board given a shake

With sports minister Nathi Mthethwa looking on, the Sascoc council elected two members to the executive committee at the organisation's annual general meeting. 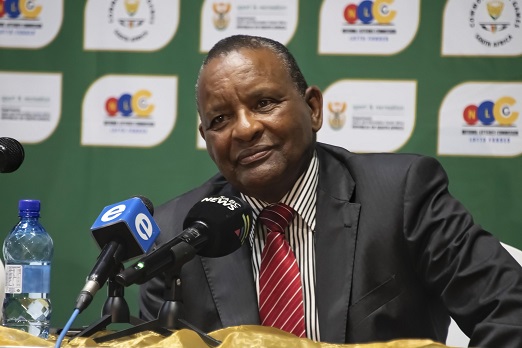 With multiple issues looming over the SA Sports Confederation and Olympic Committee (Sascoc), as its members shuffle to get their house in order just eight months out from the Tokyo Olympics, the umbrella body is hoping an injection of fresh ideas will assist in triggering a much needed recovery.

With sports minister Nathi Mthethwa looking on, the Sascoc council elected two members to the executive committee at the organisation’s annual general meeting in Johannesburg on Saturday.

Due to a 70-year age limit for a seat on the board, former Sascoc vice-president Hajera Kajee and ordinary board member Les Williams had been forced to step down at the end of last year.

Sam, who was also preparing to step down at the end of next month after turning 70 this year, admitted the organisation was facing multiple concerns and was locked in an uphill battle to secure sufficient funding ahead of the Tokyo Games.

Sascoc was still trying to rope in more corporate support, and though the national Olympic body continued to receive funding from the International Olympic Committee, the International Paralympic Committee, the Commonwealth Games Federation and the Association of National Olympic Committees of Africa, Sam said they needed to make urgent changes which were recommended by a ministerial inquiry last year, in order to secure the balance of the R54 million funding they needed from government and the National Lotteries Commission to deliver teams to next year’s Olympic and Paralympic Games.

While Mthethwa expressed government’s frustration at Sascoc’s slow progress, after the sport body missed an April deadline to meet recommendations made by the Zulman Inquiry, Sam remained confident they would be able to sweep Olympic House clean and secure the grants required from government and Lotto to prepare the national teams for the Tokyo Games.

“Though getting funding across the board was tough (this year) we did not bury our heads in the sand,” Sam said.

“We devised creative ways to keep afloat and delivered our mandate as the macro sports body.”

The Zulman Inquiry had found that Sascoc was failing with regards to corporate governance, while disputes had apparently rendered the executive committee dysfunctional and the organisation’s constitution needed to be amended.

Stringent qualifying criteria also continued to plague the Olympic body, with Sascoc facing widespread criticism for limiting the size of the national team due to budget constraints.

While the SA men’s U-23 football side had been given the green light at the weekend, with Sascoc arguing that competition in the sport was sufficiently strong in Africa, the organisation had turned down an invite for the national women’s rugby sevens team to the Tokyo Games.

Though they had qualified by going unbeaten to win the Africa Women’s Sevens tournament in Tunisia last month, they failed to meet Sascoc’s global criteria and were likely to be denied a chance to gain crucial international experience.