2019 in review: Flashes instead of sustained brilliance from our athletes

But the year proved highly unproductive in the medals stakes as the absence of Wayde van Niekerk and Caster Semenya was felt. 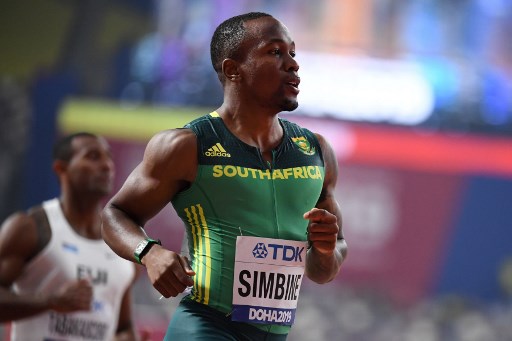 While the South African team returned home empty handed from the World Athletics Championships in Doha in October, raising concerns about the nation’s potential ahead of the 2020 Tokyo Olympics, there were flashes of brilliance by a handful of individuals on the track and the road this season.

These are some of the highlights produced by local athletes in the 2019 campaign.

Narrowly missing out on a medal at his third major global championship in succession, Simbine settled for fourth place in the short sprint final at the World Championships.

He was consistent throughout the season, however, dipping under 10 seconds on four occasions, and he managed to produce a standout performance on the top-flight international circuit.

The national sprint relay squad produced an explosive effort in the first-round heats at the World Championships, rocketing around the track in 37.65 seconds to shatter the African record which had been held by Nigeria for more than 22 years.

The South African quartet, which featured Simbine, Thando Dlodlo, Simon Magakwe and Clarence Munyai, were unable to go faster in the final, taking fifth position in 37.73.

They nonetheless showcased the nation’s quality and depth in the 4x100m event, sticking up their hands among the early medal contenders for the Olympic Games in Tokyo next year.

Though she enjoyed multiple successes during a memorable season, including her commanding victory at the 56km Two Oceans ultra-marathon and an impressive 42.2km personal best of 2:27:48 at the New York Marathon, it was Steyn’s performance at the 87km Comrades Marathon in June which stood out as the highlight of her campaign.

Living up to the pre-race hype, she clocked 5:58:53 between Durban and Pietermaritzburg, becoming the first woman to dip under the six-hour barrier on the ‘up’ run.

Regardless of whether she chooses to defend her ultra-distance titles on home soil next year or focus on the Olympic marathon, the 29-year-old athlete is likely to be chasing more records after displaying her tremendous ability over a wide range of distances. 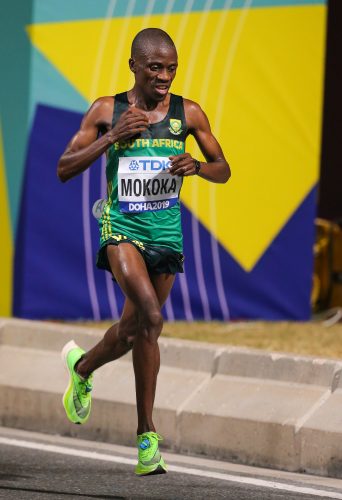 Stephen Mokoka of South Africa in the mens Marathon during day 9 of the IAAF World Athletics Championships at Khalifa International Stadium on October 05, 2019 in Doha, Qatar. (Photo by Roger Sedres/Gallo Images)

After warming up by setting a national record of 59:51 over the half-marathon (21.1km) distance in Buenos Aires six weeks earlier, Mokoka went on to deliver a gutsy performance in a brutal marathon race at the World Championships.

Overcoming humid conditions, Mokoka formed part of a small lead group in the latter stages of the race, and though he was unable to respond to a late surge, he finished fifth in 2:11:09 and missed a place on the podium by just 18 seconds.

It was the best result by a South African marathon runner at a major global championship since Josiah Thugwane won gold at the 1996 Atlanta Olympics.