He was widely acknowledged as a leading paddler in that era. 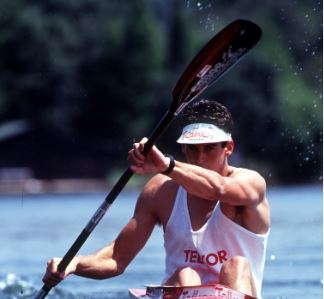 The Dusi Canoe Marathon has paid tribute to four-time champion Mark Perrow , who died in a plane crash on the weekend, hailing him as a great champion and a trailblazer for the sport.

Perrow won his first Dusi with his Johannesburg club-mate Neil Evans in 1992 and again in 1996.

He went on to add a Dusi K1 title to his CV in 1997 and then partnered Martin Dreyer to win his fourth title in 2000.

Widely acknowledged as a leading paddler in that era, Perrow’s win in the early 1990s was seen as a breakthrough, as no paddlers from outside KwaZulu-Natal had been able to enjoy any success in the Dusi, which was dominated by strong local Dusi specialists like John Edmonds and Kevin White.

“Neither Mark nor Neil were good runners so to be competitive they had to train really hard – training that took Mark out of his comfort zone.”

Edmonds shared a digs with Perrow in Johannesburg, and while they were arch-rivals racing the Dusi, they were close friends.

“Mark had this incredible ability to make everyone he met feel like they were a special friend. Just sheer enthusiasm and always ready to ‘go for it!’.

“There was always so much fun around Mark. But he was highly, highly competitive at the same time,” recalled Edmonds.

He singled out Day 2 of the 1992 Dusi as an example, when a trio of classy K2s was leading the race going onto Inanda dam – he was paddling with his brother Andrew, Graeme Pope-Ellis was partnering Kevin White and Tim Cornish with Gavin Tarr – and Perrow and Evans somehow reeled in a six minute deficit on the 12km of the dam leg to win the end-sprint, and set up their maiden victory.

“It was an honour and a privilege to be racing against someone who was, unashamedly my hero, my idol as a youngster growing up,” said Stott.

“We all had pictures of him stuck to our pencil cases. I remember chasing after him to get his autograph.

“He was the ultimate all round champion. He won every river race, SA wild water champ, SA rafting champ, you name it. We all wanted to be like him,” recalls Stott.

“I will always remember (Hungarian coach) Nandor Almasi saying that there was no-one who trained harder than Mark Perrow.

“He did so much for the sport. He was a pioneer making a place for personal sponsorships in our sport, at a time when he had to bump heads with the officials and the rules to do that.

“He also made such a fantastic transition to a successful business life after his paddling days, which was an inspiration to all of us wondering about life after paddling,” said Stott.

“It was the very early days of personal sponsorships and Mark was very professional from that respect, working hard to get photos into small community papers to provide a return for his sponsors,” recalls Monteith.

“He was fiercely competitive with a single-minded, steely determination with an unique ability to focus on a stretch goal,” recalls Dreyer.

“He taught me how to train proper hard. It was a huge priviledge to partner a living legend of a sport that I was fairly new at. “Asking Mark why he wanted to partner me for the 2000 Dusi he said “Because I want to win it”.