Valtteri Bottas of Mercedes topped both Friday sessions, with team-mate Lewis Hamilton, who this weekend is seeking to claim a record 92nd career victory, eighth-quickest. 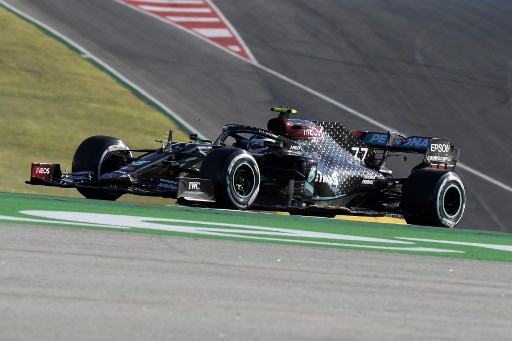 Max Verstappen and Lance Stroll escaped unpunished on Friday after stewards at the Portuguese Grand Prix agreed to take no further action following their crash in second practice.

The Red Bull driver and his Racing Point counterpart said that the collision was the result of a misunderstanding and that neither man was entirely to blame.

“Stroll was on a fast lap and was allowed to pass by Verstappen on the lap preceding the incident,” said a stewards’ statement.

“Given the information from his team and usual practice, Verstappen assumed that Stroll would back off for the next lap and moved to overtake along the main straight.

“However, Stroll was instructed by his team to go for a second flying lap. Stroll assumed that Verstappen would have backed off to gain a gap between them, also in line with usual practice, and so was not looking for the overtaking Verstappen.

“The drivers agreed in the hearing that the incident was the result of a misunderstanding between them and that with hindsight, both could have contributed to avoid the incident.

“The stewards therefore find that neither driver was wholly or predominantly at fault and take no further action.”

Verstappen was second fastest at the end of the session behind Valtteri Bottas of Mercedes who topped both Friday sessions. His team-mate and series leader Lewis Hamilton, who this weekend is seeking to claim a record 92nd career victory, was eighth-quickest in a session interrupted twice by red flags.

The first stoppage was when Pierre Gasly’s Alpha Tauri car burst into flames and the second was for the Verstappen-Stroll crash.