Former great Sunil Gavaskar believes India can win in Brisbane, where crowds will be capped at 50 percent to guard against possible coronavirus infections. 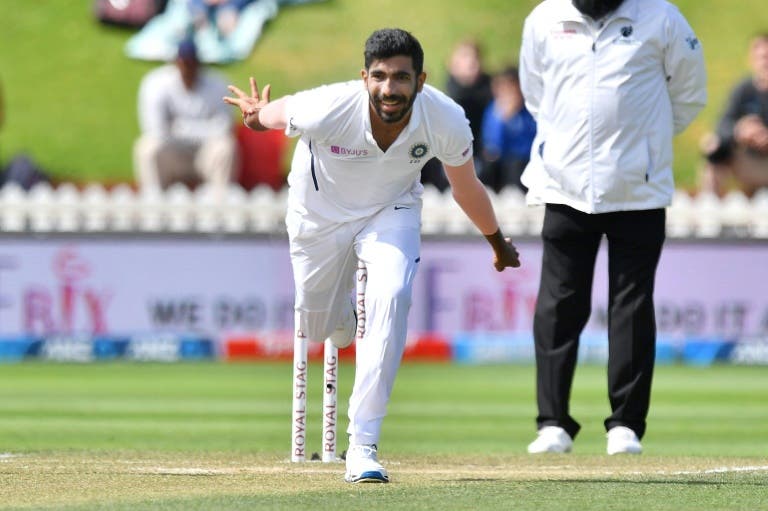 India's Jasprit Bumrah is the latest player to be potentially ruled out of the final Test against Australia, starting on Friday. Picture: AFP

Injury-hit India head to Australia’s Gabba fortress for Friday’s final Test with high hopes of retaining the Border-Gavaskar trophy after securing an epic draw in Sydney to leave the series locked at 1-1.

The visitors only need to avoid defeat in Brisbane after their heroics in Sydney, when they batted out the final day against Australia’s much-vaunted bowling attack.

Australia have come under fire for captain Tim Paine’s sledging and accusations that Steve Smith deliberately scuffed up batsman Rishabh Pant’s guard during the tense fifth day. Allegations of racist abuse from the crowd also overshadowed the Test.

But Australia will be optimistic of snatching a series win at the Gabba, where they are unbeaten in more than three decades, especially as India have been hit by succession of injuries.

All-rounder Ravindra Jadeja became the latest ruled out on Wednesday after dislocating his left thumb in Sydney, while Indian media reported that fast-bowling spearhead Jasprit Bumrah could miss out with an abdominal strain.

The visitors were already without experienced quicks Mohammed Shami, Umesh Yadav and Ishant Sharma, and batsman KL Rahul, while captain Virat Kohli is on paternity leave.

If Bumrah cannot play, their already inexperienced attack will be led by Mohammed Siraj, who has only played two Tests, alongside Navdeep Saini who made his debut at Sydney plus one of the uncapped T. Natarajan or Shardul Thakur.

They also have doubts over the fitness of number six batsman Hanuma Vihari, who tore his hamstring during his 161-ball vigil for 23 runs that helped earn the unlikely draw on Monday.

Fellow Sydney hero Ravi Ashwin, who spent more than three hours at the crease with Vihari in an unbroken sixth-wicket stand to save the game, has a back issue.

Despite the horror injury-run, India’s former great Sunil Gavaskar believes they can win in Brisbane, where crowds will be capped at 50 percent to guard against possible coronavirus infections.

“I know that the Gabba in Brisbane is Australia’s fortress but India have the ability to take on the Australians,” he told Indian media this week.

“They (Australia) have not lost there since 1988 but there is always a first time. If Ajinkya Rahane and company do it, I won’t be surprised at all.”

Australia go into the game after stinging criticism of their desperate last-day antics in Sydney, with Paine forced to apologise for his ugly tirade at Ashwin.

Paine had already been fined for dissent after an expletive-laden rant at umpire Paul Wilson on day two, with some pundits saying his days as captain are now numbered.

Smith told Australia’s Daily Telegraph that he was “shocked and disappointed” by the reaction to footage of him raking the crease with his studs.

But with Australia losing the second Test in Melbourne and failing to bowl India out for victory in Sydney, there is pressure on the home side not only to perform, but also to keep their behaviour in check.

“I’ve said from the start of this series that it’ll be the survival of the fittest, both mentally and physically,” said Australia coach Justin Langer on Wednesday.

“The distractions are just part of the theatre and drama, it is now and it always has been,” he added.

Australia have their own injury worries with young opener Will Pucovski facing an anxious wait after suffering a partial dislocation of his right shoulder while fielding in Sydney.

Langer said that if Pucovski wasn’t fit, Marcus Harris would likely step in as opener alongside David Warner, who is also not 100 percent as he continues to recover from a groin strain.

“We’re going to get ourselves back up and be ready for this Test match. Bring it on,” said Langer.