While expressing sadness at the way his time working with South Africa had ended, Kallis said he understood the broader context. 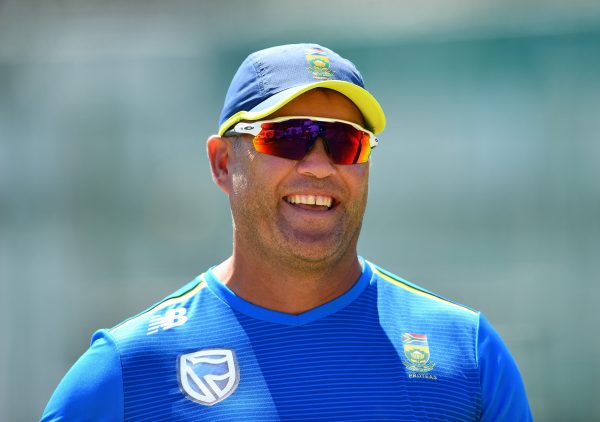 Jacques Kallis, a former assistant coach for the Proteas, is currently working as a batting consultant for the England team. Picture: Gallo Images

South Africa great Jacques Kallis said he’d come to enjoy working with England in Sri Lanka even though it had initially felt odd to be assisting the “arch-enemy” a year on from coaching against them with his native Proteas.

Outstanding all-rounder Kallis, the third highest run-scorer in Test history, has been retained by England as a batting consultant for their two-match series in Sri Lanka starting Thursday.

“It’s a good bunch of boys with a lot of youngsters who have bright futures ahead of them, so it’s nice I can perhaps help them achieve the goals and dreams they want to achieve.”

Amid coronavirus restrictions the 45-year-old Kallis, renowned for his concentration and technique at the crease, was clear about the kind of advice he wanted to give England’s top order.

“I think it’s one of the shortest lead-ups to a Test series England have ever had and I have to be careful not to tinker with guys’ techniques too much,” he said.

“It’s more about the mental side of things and making sure they’ve got good game plans and how they’re going to go about it and that sort of stuff and minor technical stuff.”

A year ago Kallis was advising South Africa during their home series loss to England.

But the policy of racial transformation, designed to ensure the team is representative of the whole country after only white cricketers were allowed to represent South Africa during the apartheid era, is now being applied to backroom staff as well.

Acting Cricket South Africa chief executive Kugandrie Covender, since suspended on misconduct charges, explained the policy in September by telling ESPNCricinfo: “We need to ask: ‘Could you have employed a black person in this position?’ We are not saying we don’t want any white people.”

Kallis, while expressing sadness at the way his time working with South Africa had ended, said he understood the broader context.

“We’ve lost a few players –- whatever the reasons -– overseas,” Kallis said. “It’s the times we’re in. There are many other coaches who have gone on to coach other teams –- Gary Kirsten, for example. It’s the modern way of the world.

“It’s sad in a way that I can’t help out in South Africa but I’m thoroughly enjoying my time here in the England set-up.”

Kallis scored 13,289 runs at an average of over 55 in 166 Tests and took 292 wickets with his pace bowling during a 19-year international career.

Yet there remains a sense that the achievements of Kallis have been undervalued when compared to more flamboyant all-rounders such as West Indies’ Garfield Sobers, Pakistan’s Imran Khan and England’s Ian Botham.

“They were a lot more aggressive and had different roles to play within the side and I probably fell into the more conservative side given the team and the place I was batting in,” said Kallis.

“I never played the game for accolades or records. I played because I loved it and I wanted to win games of cricket.

“I was a terrible loser, I hated losing, so that pretty much drove me and it certainly does drive me now I’ve finished the game in the other avenue of coaching.”