Serena is still the face of women’s tennis: Osaka

In her first match since her US Open triumph last year, Osaka fell to Williams in an Adelaide exhibition on Friday after emerging from a mandatory 14-day quarantine. 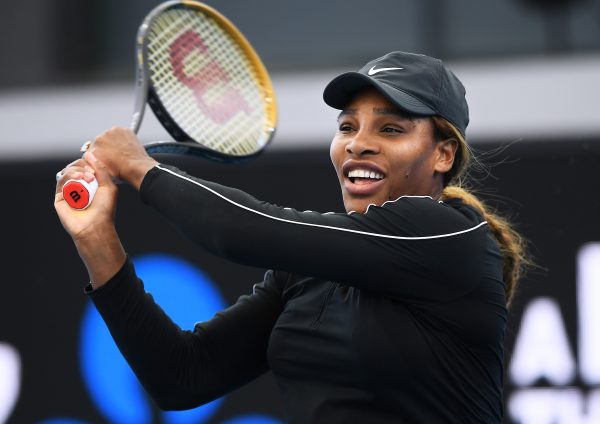 Serena Williams in action against Naomi Osaka during an exhibition match in Adelaide earlier this week. Picture: Getty Images

The 23-year-old has made a significant splash on and off the court since beating a tempestuous Williams in an infamous US Open final in 2018.

Osaka has since added two more Grand Slam titles to her rising tally and the world number three is one of the favourites at the upcoming Australian Open, which she won two years ago.

The success has made her a firm favourite with fans and sponsors and the Japanese star last year surpassed Williams as the world’s highest paid female athlete after a slew of lucrative deals.

Despite her increasing fame and fortune — and prominent advocacy for racial injustice — Osaka believes the seven-time Australian Open champion is still the most influential player on the women’s circuit.

“As long as Serena’s here, I think she’s the face of women’s tennis,” Osaka said.

“Honestly I don’t feel that way (about being the new face)… there’s so many interesting new people. I think I’m one of the new people.” 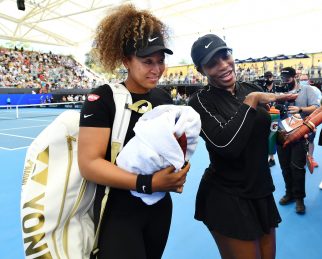 Naomi Osaka of Japan (left) and Serena Williams of the United States will compete at the Australian Open. Picture: Getty Images

In her first match since her US Open triumph last year, Osaka fell to Williams in an Adelaide exhibition on Friday after emerging from a mandatory 14-day quarantine.

“I wasn’t really taking it too seriously as a match,” the Japanese player admitted.

“But it was fun to be able to hit with her. I just tried to have fun and experiment a little.”

An emergence of talented youngsters in recent years has created more unpredictability in the Grand Slams. Osaka, however, believed her best would be hard to top.

“I feel like I’ve never thought that it was open,” she said.

“Even in New York, for me, I felt like I played some of my best tennis. I think it showed.

“My semis against (Jennifer) Brady was probably (one of the) top two matches I’ve played in my life.”

And in an ominous warning for her rivals, Osaka said she had added to her already potent all-round game.

“I feel like I’m getting better at slicing. That’s something that I practised during the off-season,” she said. “I feel like there’s a lot of shots that I’m missing.

“I would love to be able to do them properly, be confident with how I feel about it. Dropshots is one of those shots.”

She will compete in the Gippsland Trophy this week ahead of the Australian Open starting February 8.