The France squad, trimmed to 31 players, will stay in their bubble for the eight-week Six Nations campaign. 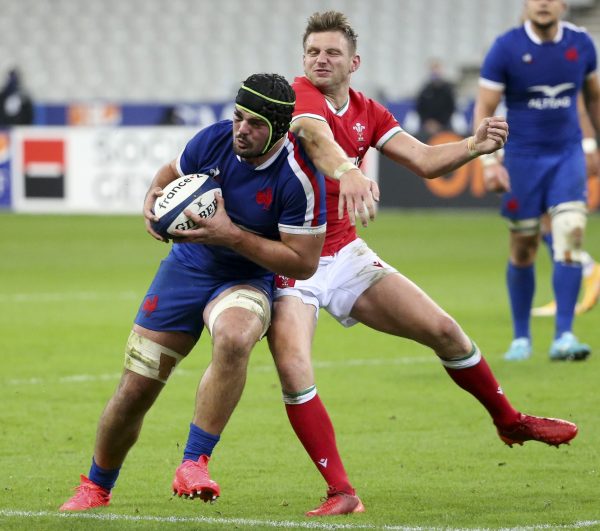 Gregory Alldritt is back in France's squad for the Six Nations series. Picture: Getty Images

Alldritt of La Rochelle underwent an arthroscopy last Monday which prevented him from joining the squad who are preparing for their campaign in isolation at a hotel in Nice.

France’s first game is against Italy in Rome next Saturday.

The FFR had originally taken 42 players to Nice but the usual practice of allowing players omitted from a Six Nations squad to return to their clubs for the weekend was deemed unwise because of the coronavirus pandemic.

Instead, the FFR agreed with French clubs to cut the squad to 31 who would stay in their bubble for the eight-week campaign.

The FFR announced a list of 31 on Sunday but while Chat, the back-up hooker last season, was left out, the federation did not say he had been dropped.

They said Chat and newcomer Thierry Paiva, a Bordeaux-Begles prop, had “withdrawn” without giving a reason.

Peato Mauvaka of Toulouse replaced Chat. Another Toulouse player, Jean-Baptiste Gros, came in for Paiva. Gros was part of the original squad but withdrew injured and was replaced by Paiva.