France get green light from government for Six Nations

The France squad, cut by a quarter to 31 in a bid to cut potential Covid-19 cases, is currently in a training camp in Nice ahead of their Six Nations opener against Italy. 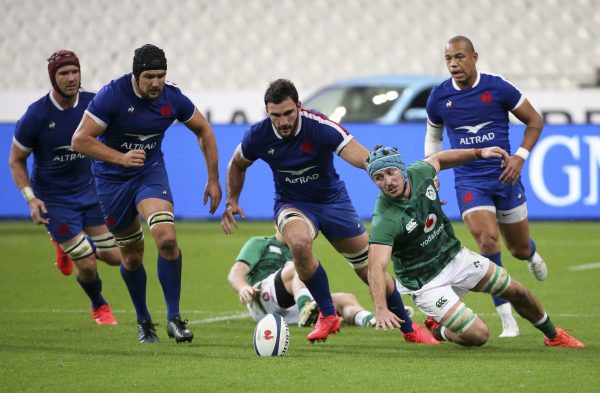 France’s participation in the Six Nations received the green light from the French government on Tuesday, Sports Minister Roxana Maracineanu confirming the championship would go ahead despite the Covid-19 pandemic at the “scheduled date, in a bio-secure bubble, like the Tour de France”.

The holding of the 2021 tournament has come in for increasing scrutiny amid the pandemic that has swept Europe and has seen Top 14 games postponed because of positive coronavirus cases among players.

But Maracineanu said the tournament would now go ahead as planned for France, starting against Italy in Rome on February 6 and bringing the round-robin championship to an end against Wales on March 20.

“It was a decision everyone in rugby was awaiting: the FFR (French rugby union federation) submitted to us a rigorous, strict protocol, which was (then) submitted to the health authorities,” the minister told French television.

“The decision has been taken within government to ensure that the Six Nations championship is held on the scheduled date, starting February 6, with a bio-secure bubble, as was the case with the Tour de France.”

Maracineanu added that the players would be excluded from periods of quarantine “since they will be tested every three days and remain in a closed bubble”.

The France squad, cut by a quarter to 31 in a bid to cut potential Covid-19 cases linked to players moving back and forth to their clubs, is currently in a training camp in Nice ahead of their opener against the Italians.

“We are delighted to have the go ahead from the French government and would like to thank our unions for all their work in putting together a robust Covid protocol,” a spokesperson said.

“We look forward to the first weekend of matches and some exciting rugby.”