A new date for the fixture, which was due to take place at the Stade de France on Sunday, would be announced "in due course". 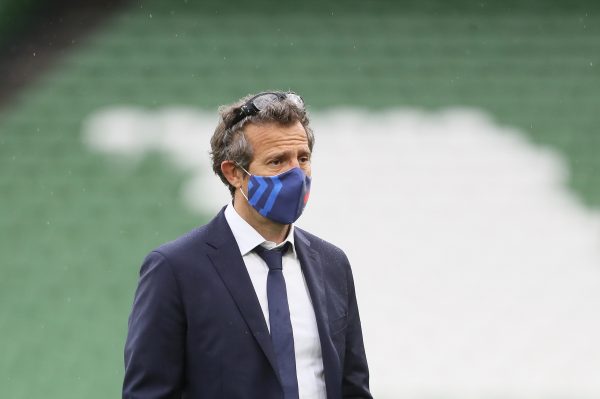 France coach Fabien Galthie is one of several members of his squad who has Covid-19. Picture: Getty Images

The Six Nations match between France and Scotland in Paris has been postponed due to the numerous coronavirus cases in the home squad, tournament organisers announced on Thursday.

In a statement, organisers said that a new date for the fixture, which was due to take place at the Stade de France on Sunday, would be announced “in due course”.

On Wednesday, the game had been given the all-clear to go ahead despite France’s positive Covid-19 tests, but a 16th case was announced on Thursday and the entire team was put into isolation.

The French Rugby Federation (FFR) did not name the latest player to contract the virus, but they were already without star scrum-half Antoine Dupont, captain Charles Ollivon and coach Fabien Galthie.

“The Six Nations testing oversight group met today to review the situation in the French camp. They unanimously recommended the postponement of the France v Scotland match,” the Six Nations said in a statement.