The first group of South African athletes would depart for Tokyo on 13 July - 10 days before the opening ceremony - as part of a staggered travel schedule. 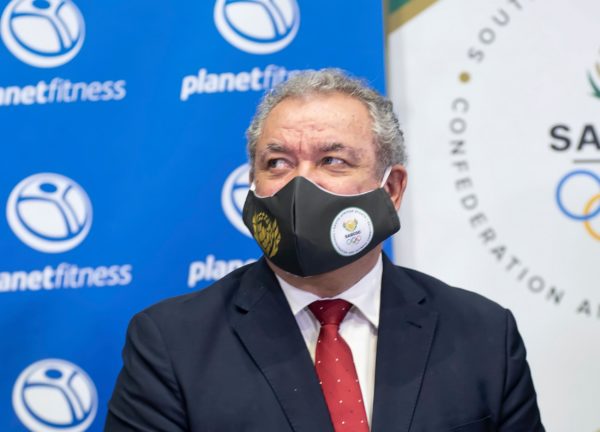 Sascoc president Barry Hendricks has welcomed the news that South Africa's athletes are being vaccinated ahead of the Tokyo Games. Picture: Gallo Images

South Africa’s Olympic athletes will be vaccinated with the Johnson and Johnson Covid-19 vaccine through the Sisonke Study ahead of the Tokyo Games, which get underway in July.

This comes after the approval by the South African Health Product Regulatory Authority to make available a “modest” number of the remaining Covid-19 Johnson and Johnson vaccine doses before they expire.

The vaccination of the athletes will take place at various vaccination sites across the country.

Barry Hendricks, the president of the SA Sports Confederation and Olympic Committee (Sascoc) said he was overjoyed and thankful that the athletes were now being vaccinated.

“We’re thankful to the International Olympic Committee who have made this contribution to help us get our athletes vaccinated. They will cover all the costs,” said Hendricks.

“This means there will be no impact on the government’s rollout plan.”

The SA Medical Research Council (SAMRC) said: “The Sisonke investigators made an urgent application to the South African Health Product Regulatory Authority requesting them to waiver the eligibility criteria to include persons of high priority to the nation, including the Olympic and Paralympic teams, to be allowed access to the Ad26 SARS-CoV-2 investigational vaccine.”

The athletes would originally have received the Pfizer vaccine, but there is not enough time before the departure of the Olympic squad to Japan to complete the vaccination course of two doses.

“By them receiving the Sisonke vaccine, the Pfizer doses allocated to them will go to ordinary citizens of our country and thus will free up additional doses for our country,” said Professor Glenda Gray, president and CEO of the SAMRC.

Added Hendricks: “The J&J vaccine is a single dose vaccine and there are already athletes who have been vaccinated; the process started last Friday, which is very encouraging.”

While athletes would not be forced to be vaccinated in order to compete at the Olympics, which was postponed by one year due to the pandemic, athletes and officials would have to undergo Covid-19 tests before and after their arrival in Tokyo.

The South African squad (which could include as many as 330 individuals) would be monitored using an app.

The first group of South African athletes would depart for Tokyo on 13 July – 10 days before the opening ceremony – as part of a staggered travel schedule.

All participants would need to leave the athletes’ village within two days of the completion of their events.