“Rosko is one of our hardest workers, he’s always doing extras and is on top of his game. I can see his confidence in training and he’s doing everything at 100% pace." 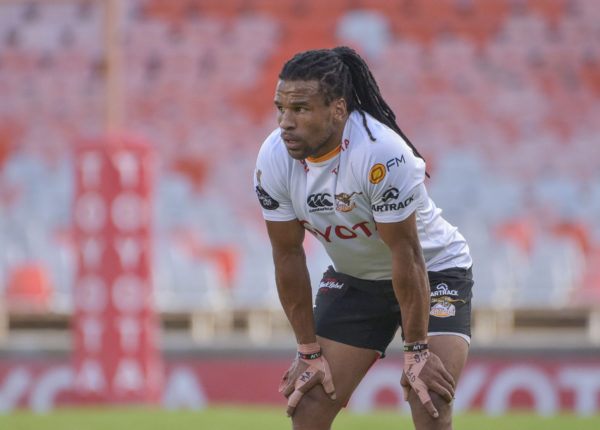 Cheetahs wing Rosko Specman is on loan with the Stormers and set to face his old team, the Bulls, on Friday. Picture: Frikkie Kapp/Gallo Images

Free State Cheetahs coach Hawies Fourie believes both Francois Steyn and Rosko Specman should be in the Springbok squad to play against the British and Irish Lions, and Saturday’s match against the Toyota Invitation XV will pretty much be their only chance to show the wider public why.

Both the powerhouse Steyn and the hot-stepping Specman will feature in the Cheetahs starting backline on Saturday in a match that, from a team perspective, provides important preparation time for the Currie Cup.

But all eyes will be on the players wearing the No 12 and No 11 jerseys.

“I’m pretty sure Frans will be playing for the Springboks this year so this might be his last game for us until November/December,” Fourie said on Thursday.

“But Rosko deserves to be in the Springbok alignment camps as well and I’m pretty sure he’ll make the final squad. He’s made the choice to concentrate on XVs because the Lions tour is so special, only happening every 12 years.

“Rosko is one of our hardest workers, he’s always doing extras and is on top of his game. I can see his confidence in training and he’s doing everything at 100% pace.

“This game is an opportunity for Frans and him to get match-sharp because there’s going to be a lot of competition for places in that Springbok squad. Other players have had four weeks to impress, so this chance is very important for those two.”

ALSO READ: Boks to be vaccinated soon ahead of busy Test schedule

Steyn and Specman are not the only Springboks in the Free State team Fourie announced on Thursday. Oupa Mohoje will be eager to remind everyone of why he has won 19 Test caps for South Africa as well, while veteran scrumhalf Ruan Pienaar will lead the Cheetahs into battle.

“We all know Ruan is also definitely still good enough to play at Springbok level and I wouldn’t be surprised if they press his button if they get injuries,” Fourie said.