Coetzee will get his chance with the Boks, says White

After leading the Bulls on debut last week, Coetzee was praised by White for doing “an unbelievable job”. 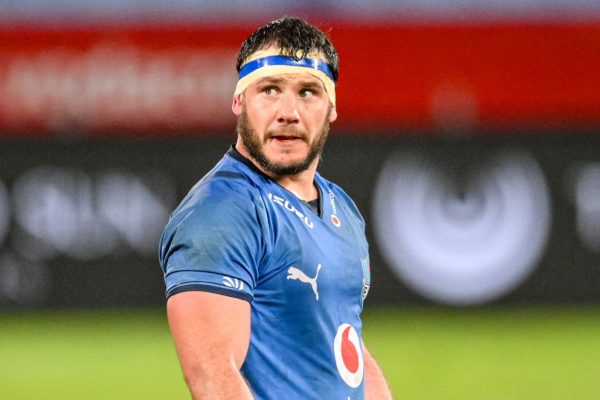 Marcell Coetzee will lead the Bulls this weekend in their Rainbow Cup match against the Sharks. Picture: Getty Images

Marcell Coetzee will no doubt come out roaring at Kings Park on Saturday as he leads the Bulls officially for the first time in their decisive Rainbow Cup match against the Sharks.

Coach Jake White, however, says there is no feeling of anger at Coetzee’s shock omission from the Springbok squad to play the British and Irish Lions.

ALSO READ: Sharks have more than one goal in mind against the Bulls

Coetzee took over as captain on the field when Duane Vermeulen suffered his serious ankle injury against the Stormers last week, despite being on debut for the Bulls, and he was praised by White for doing “an unbelievable job”.

“With Marco van Staden coming back at No 6, it was logical for Marcell to move to eighthman. It’s where he’s played at Ulster and it’s a like-for-like swop because he’s similar to Duane,” White said on Thursday.

“It’s a long season and I’ve chatted to Rassie Erasmus about him. He’s been out for a while and the Springboks have ample cover. There are many loose forwards in camp like Marco, the Du Preez brothers, Wiese, Kwagga, Pieter-Steph and Siya.

“Marcell is a good player and I’m sure he’ll be in the mix going forward. The Springboks have a dozen Tests in a few months and Marcell is still positive because he knows all this, and if he’s not with the Springboks now, then he will be in the future.”

And while Vermeulen’s situation is hugely frustrating – he had to have surgery on his ankle and will be out of action for anything between five and 16 weeks – White said both he and the regular Bulls captain were optimistic.

“I don’t think all is lost with Duane,” White said.

“You look at Jesse Kriel getting over the same injury and, chatting to our medical staff, a lot of players get over this sort of injury and play seven weeks later.

“So Duane may not be 100% for the first Test against the Lions, but maybe he can play in the second and third Tests.”