"Time to cut off his head. Because come July 24 there will be bloodshed, get your tickets now, I'll see you soon." 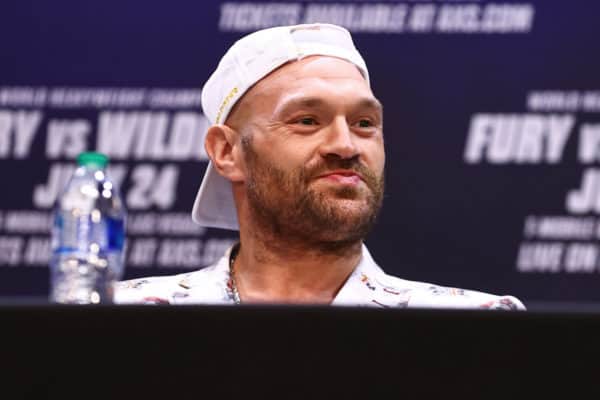 World champion Tyson Fury is promising to deliver a swift victory over Deontay Wilder next month when the two heavyweights resume their rivalry in a blockbuster trilogy fight in Las Vegas.

Fury, the undefeated World Boxing Council champion, came face-to-face with a stony-faced Wilder at a Los Angeles press conference on Tuesday to hype the July 24 bout at the T-Mobile Arena.

Bizarrely, Wilder, who was given a brutal beating in seven one-sided rounds by Fury in their second fight in February 2020, declined to talk during Tuesday’s event after brief introductory remarks.

“Enough said,” Wilder said. “Time to cut off his head. Because come July 24 there will be bloodshed, get your tickets now, I’ll see you soon.” 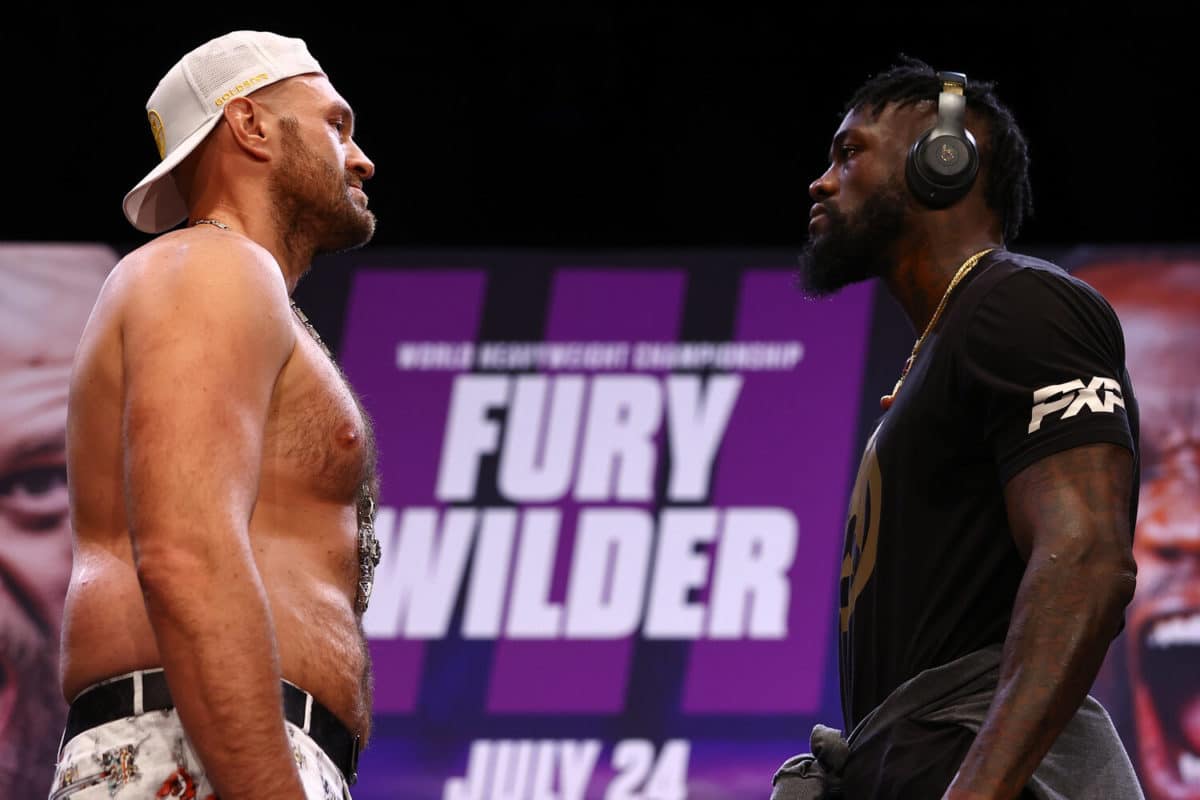 After that, Wilder remained a silent presence, ignoring questions from a moderator, eyes hidden behind dark sunglasses with large headphones clamped firmly over his ears.

With Wilder giving the audience the silent treatment, it was left to Fury, the 32-year-old self-styled “Gypsy King” from England to do the talking.

Fury — who faced off in a 5min 30sec staredown with Wilder on stage before the American turned away — was bemused by the former champion’s refusal to engage.

“It shows how weak of a mental person he is and how much of the beating from the last fight has taken an emotional and physical effect on his life,” Fury said.

“All this bloodshed stuff, I’ve heard it all before. He said all this last time. Decapitation and bloodshed and all that. And we all know what happened after that.”

Fury had been preparing for a money-spinning unification bout against fellow Briton Anthony Joshua, the WBA, IBF and WBO heavyweight champion, until a ruling by a judge last month found that he was contractually obliged to face Wilder for a third time.

Wilder, who knocked Fury down twice in their first meeting in December 2018 which ended in a draw, reportedly turned down an offer of step-aside money to waive his right to a third fight.

Fury believes that is a mistake that Wilder will come to regret, asserting on Tuesday that the former champion (42-1-1) is taking on the rematch for the “wrong reasons”.

Wilder has offered various explanations for his crushing defeat against Fury last year, from the weighty, elaborate costume he wore on his way to the ring to the kind of gloves worn by his opponent.

“We’re all tired of excuse-making people,” Fury said. “In boxing you win some you lose some. There’s always somebody better on the night, you get beat by a better man on the night where I come from you shake his hands and you say, ‘Fair play. I’ll get you next time’. That’s it.”

Fury meanwhile revealed that he is planning on bulking up for next month’s bout, potentially weighing in at around 300-pounds as he chases a knockout victory inside three rounds.

“I’m not looking for movement, I’m just looking for a knockout, like I did last time,” Fury said. “I’m going to run him over as if I’m an 18-wheeler, and he’s a human being. I guarantee you, he does not go past where he did before.”