How new All Blacks captain Aaron Smith turned life around

"When I hit 30 I really wanted to make the most of what years I have left," said the new captain. 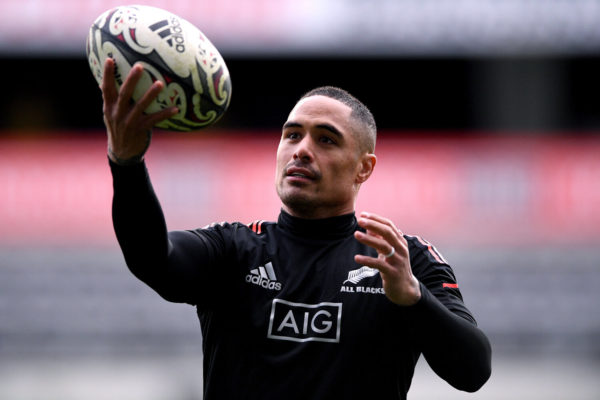 Aaron Smith will captain the All Blacks against Fiji on Saturday. Picture: Joe Allison/Getty Images

All Blacks scrumhalf Aaron Smith admits it is “a little bit scary” how his once turbulent life has turned around, and at 32 he will captain New Zealand in the first Test against Fiji in Dunedin on Saturday.

“I never thought this was possible,” he said Friday after leading the side through their captain’s run.

It is a Test where, like the All Blacks against Tonga last week, the result should be a foregone conclusion and the focus is on how the All Blacks are tracking in their quest to regain the number one world ranking.

With regular captain Sam Cane injured, and Sam Whitelock who led the side against Tonga being rested, one of the more interesting selections was the choice of Smith as captain.

Only a few years ago, Smith’s international career was in jeopardy even though he was considered one of the world’s best number nines.

There were too many indiscretions on and off the field including a formal warning in 2016 for “serious misconduct” after a liaison with a woman in an airport toilet.

“When I hit 30 I really wanted to make the most of what years I have left. It’s actually a little bit scary about the potential that came out from that,” Smith said when explaining how he turned his life around.

“I was a pretty feisty halfback, and I didn’t mind the altercation or two with people and as I’ve got older I’ve learned things around my game that’s just wasted energy. Negative tension doesn’t actually get you anywhere, yelling at people actually doesn’t get a result you want.”

Now, more settled and a husband and father, Smith admitted to being overwhelmed at being asked to lead the side.

“It’s a massive honour that the coaches and management trust me enough to do the role. That’s what probably gets me the most of all. All I want to do is repay the faith they have shown in me to lead the All Blacks.”

After putting a century of points against Tonga last week, the All Blacks have named arguably a stronger team to face Fiji although Fiji coach Vern Cotter was not fazed.

“It will be what it will be,” said Cotter, who has had his full squad together for less than a week.

“We’ve only just got through ‘how’s everything, how’s your family, and are you great’ and then you’ve got a Test match in front of you,” he said.

“Whatever happens there will be something positive from it. It will be a fast game under the roof, no wind, I think it suits us and we’ve just got to hang in there for the whole 80 minutes.”

The closest Fiji have been to beating the All Blacks in nine previous encounters was in 1974 when they led 7-4 at half-time before narrowly losing 14-13, while the All Blacks won their most recent encounter by a runaway 60-14 in 2011.

The Fijians will be wearing a special jersey with “Vaccinate Fiji” emblazoned on the front, replacing the usual sponsor’s message as the death toll continues to rise from a devastating coronavirus outbreak in the island nation.

“Our Fijian rugby players are famed at home and the world over. They inspire Fijians of all ages and are honoured to carry forward a message that will help our people and our country emerge from the Covid crisis.”

Springboks need a spark of energy against All Blacks, says Am
8 hours ago
8 hours ago

Faf on yellow card against Wallabies: 'I'd do the same thing again'
1 day ago
1 day ago

Springboks need a spark of energy against All Blacks, says Am
8 hours ago
8 hours ago

Faf on yellow card against Wallabies: 'I'd do the same thing again'
1 day ago
1 day ago