Alani Ferreira will return to the pool for the 100m breaststroke and 400m freestyle events. 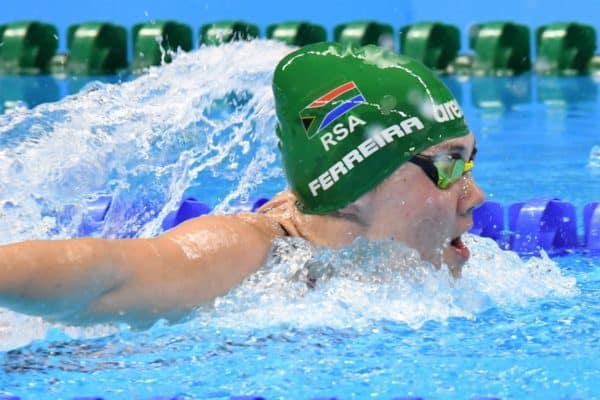 South Africa got off to a slow start at the Paralympic Games on Wednesday, with swimmer Alani Ferreira and table tennis player Theo Cogil struggling to get the national team’s campaign off the ground on the opening day of competition in Tokyo.

Turning out in the S11-13 class for visually impaired athletes, Ferreira settled for sixth place in her 100m butterfly heat, and she did not progress to the final.

Touching the wall in 1:20.25, however, the 23-year-old swimmer was nearly four seconds faster than she had been at the 2016 Rio Paralympics.

“It was really exciting. I think in the first race you’ve always got jelly legs, but I really enjoyed it,” said Ferreira, who was also set to compete in the 100m breaststroke and 400m freestyle events.

“My main events are still coming up, so I’m happy with my start.”

Cogill was set to face Carlos Alberto Carbinatti of Brazil in his second match on Thursday.